"A leader or two may express a personal opinion but such isolated cases must not be construed as a division within the party on the issue," Sanjay Jha said. 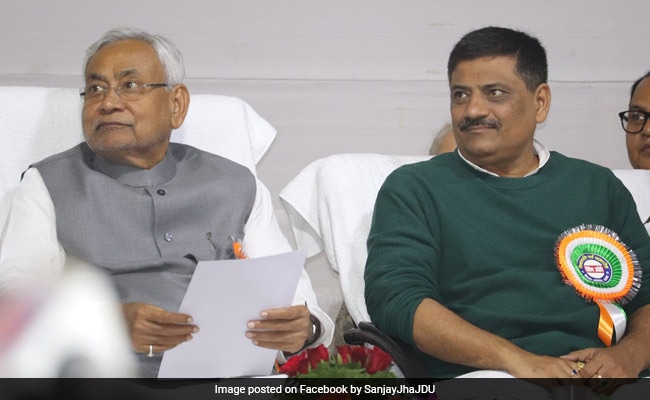 Sanjay Jha, a close aide of Nitish Kumar, was tantamount to a division in JD(U) on the issue

A close aide of Bihar Chief Minister Nitish Kumar on Wednesday asserted that the JD(U)'s support to the Citizenship (Amendment) Bill in parliament was the party's official line and voices of dissent from some top office-bearers were their "personal opinions".

"The party's official line is clear. And it is there for all to see in the ongoing session of parliament. A leader or two may express a personal opinion but such isolated cases must not be construed as a division within the party on the issue," Mr Jha said.

While Mr Kishor had expressed his disappointment at the party's decision to support CAB, holding the legislation to be against the JD(U)s commitment to secularism and Gandhian ideals, Mr Varma had urged Nitish Kumar to reconsider the party stand after MPs voted in favour of the Bill in the Lok Sabha and before it was taken up in the Rajya Sabha.

JD(U), a BJP ally, has 16 members in the Lower house of Parliament and six in the Upper house.

The party's support to the contentious CAB Bill had given an opportunity to political rivals- RJD and Congress- to attack JD(U), which enjoys support among Muslims.