The awards received 3,000 entries from across the country. 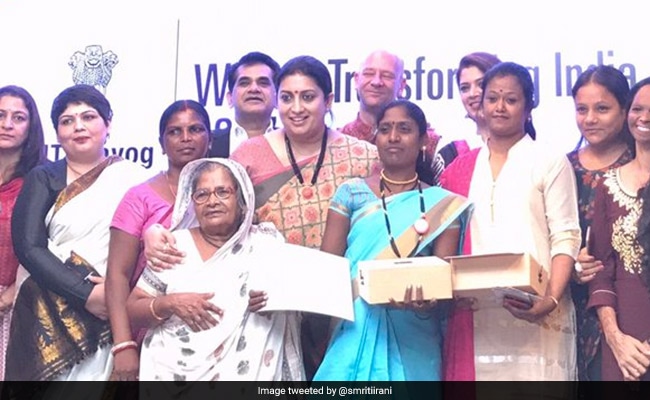 'Women Transforming India Awards' was launched by Niti Aayog last year in partnership with the UN in India and MyGov.

"Change begins from you and these 12 wonderful women achievers have exemplified this," the Textiles Minister said at the award ceremony held here.

The awards received 3,000 entries from across the country.

The awardees included goat veterinarian Sunita Kamble for creating alternative livelihood opportunities for women, Raji Borthakur for creating a smart glove which can predict epileptic seizures before they occur, Safeena Husain for her work to transform girls' education in rural areas and Arunima Sinha for being India's first amputee to climb Mount Everest.