Nita Ambani's performance at Akash and Shloka Mehta's engagement drew cheers and whistles from the guests. 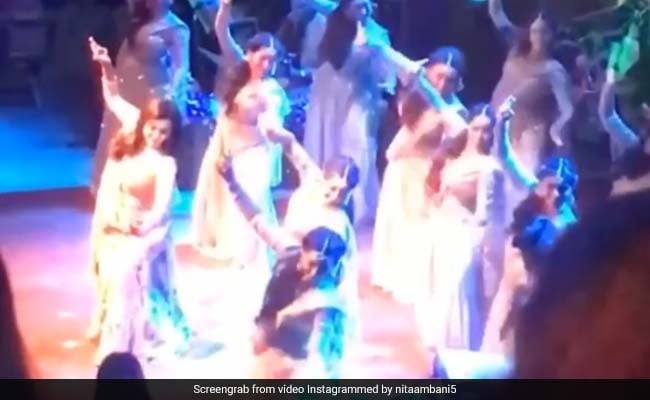 Nita Ambani, who is trained in Bharatnatyam, danced at Akash and Shloka Mehta's engagement.

Nita Ambani turned show-stealer once again at the glitzy engagement party of her elder son Akash and Shloka Mehta in Mumbai last night with her dance performance. Ms Ambani danced to popular Bollywood song "Shubhaarambh" from the film "Kai Po Che!" that she danced to two nights earlier.

In videos being shared on social media, 54-year-old Ms Ambani - with background dancers in tow - can be seen performing traditional steps. Members of the audience can be heard whistling and cheering.

Nita Ambani, daughter Isha and Shloka Mehta stuck to Abu Jani-Sandeep Khosla outfits for the evening. The designers posted a photo of Ms Mehta in a stunning pink lehenga. The mother-daughter duo matched their shades, with Ms Ambani draping her saree in Gujarati style and her daughter wearing an embellished lehenga in the same shade of grey.

The Ambanis have been hosting a series of lavish parties in the run-up to the wedding of Akash and Shloka Mehta. 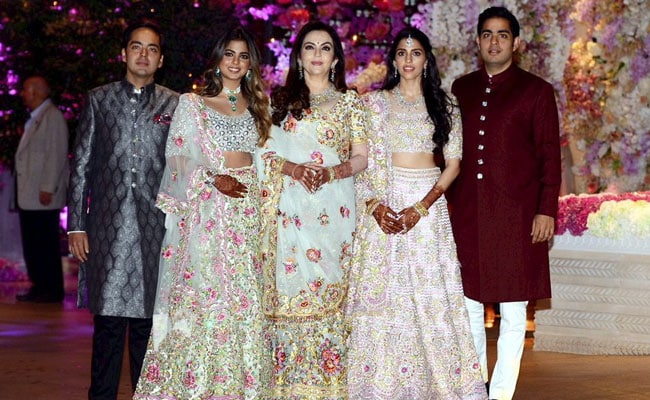 The Ambanis have been hosting a series of lavish parties in the run-up to the wedding of Akash and Shloka.

Akash's twin sister Isha got engaged to Anand, son of business tycoon Ajay Piramal in May.

Both the Ambani weddings are reportedly set to take place in December this year. In May, the Ambanis had announced the engagement party for Akash and his fiancee with an invite that came with a minute-long montage video of the couple, set to a popular Bollywood song.