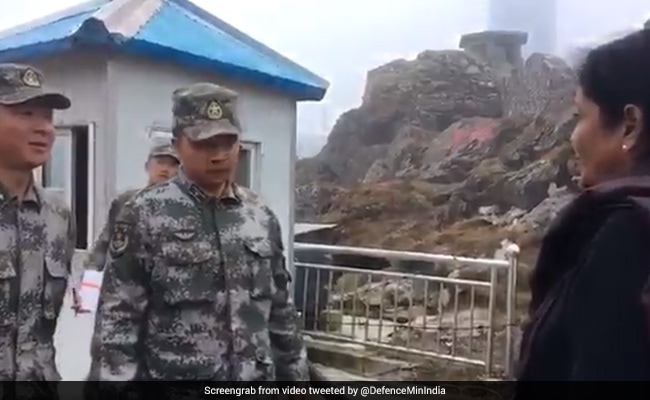 A video of Nirmala Sitharaman chatting with Chinese soldiers has gone viral.

Defence Minister Nirmala Sitharaman has received plenty of favourable reviews from Chinese media for her weekend visit to the border at Sikkim which only months ago witnessed a major stand-off between the armies of the two countries.

Ms Sitharaman, the country's first woman defence minister, visited the forward post at Nathu La to interact with Indian troops. But it was a video of her chatting with Chinese soldiers that went viral. The minister demonstrated "namaste" to the Chinese soldiers. "Ni hao" (hello), they said in response to her along with practicing a few namastes.

"The greeting sent a goodwill signal towards mending bilateral ties and putting relations back on track toward normality," Qian Feng, an expert at the Chinese Association for South Asian Studies, told the state-run nationalist tabloid Global Times. 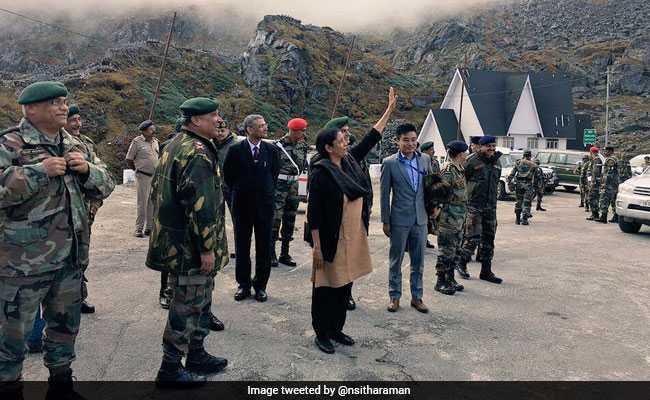 Nirmala Sitharaman has received plenty of favourable reviews from Chinese media for her weekend visit to Sikkim.

The same paper separately carried an editorial that said an Indian airport that Ms Sitharaman inspected during the visit near the border will be put into use in November and described this as an "aggressive gesture".

After a nearly 72-day stand-off at the Sikkim border that began in June, Delhi and Beijing resolved the tension by agreeing to pull back their troops from the hotspot on the Doklam Plateau, which China claims as its own. Bhutan however says the remote mountainous area is part of its terrain and is backed by Delhi. Indian troops crossed the Sikkim border to stop the construction of a Chinese road that would give Beijing access to the narrow strip of land or "Chicken's Neck" that links India to its northeastern states. During the confrontation that followed, the Global Times and other state-run media ran an extreme jingoist campaign that urged for India to be taught a "humiliating lesson" and recalled India's defeat in the 1962 war with China.

Promoted
Listen to the latest songs, only on JioSaavn.com
The conflict was de-escalated just days ahead of PM Modi's visit to China for a regional summit.

NDTV reported last week that China has begun expanding another road on the Doklam Plateau with 500 soldiers covering the construction crew.