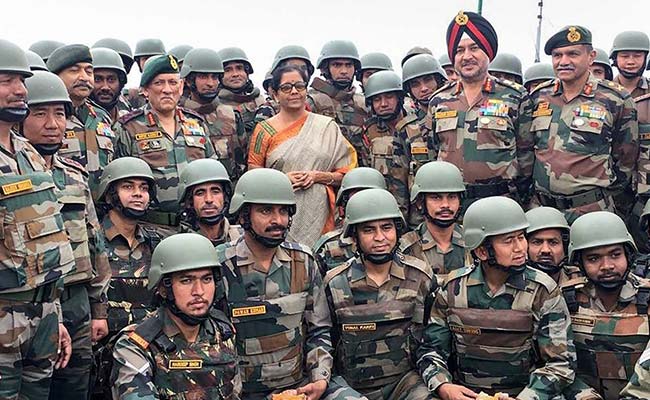 When Nirmala Sitharaman got down from a Dhruv Advanced Light Helicopter at a forward post close to the Line of Control on Sunday, she became the first Defence Minister to set foot at the army post in Jammu and Kashmir's Keran sector that has seen numerous action against infiltrators, the Defence Ministry tweeted.

Walking alongside army chief General Bipin Rawat after exiting the helicopter at Balbir forward post, the defence minister met some troops of the 28 Infantry Division before moving towards the main building.

Photos posted by the Defence Ministry show Ms Sitharaman being taken on a brief tour of the army installation, including an inside view of an observation cabin on high ground from where she was shown the forested hills in front of the forward post, beyond which lies Pakistan-occupied Kashmir.

Before she left for Srinagar to meet the new Jammu and Kashmir Governor Satya Pal Malik, the troops took a photo with Ms Sitharaman, General Rawat and other senior officers, all of them smiling at the camera. 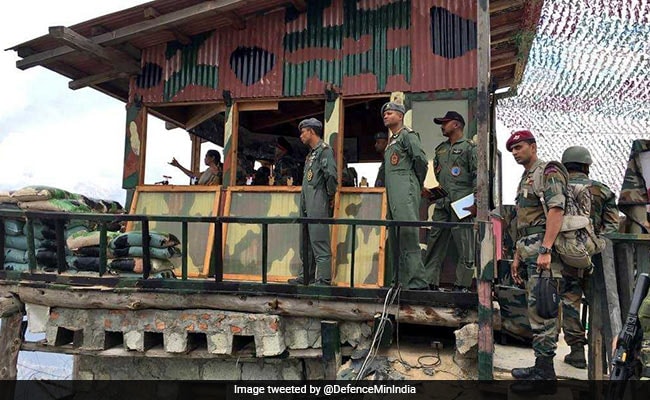 Mr Malik, 72, is the first career politician to be appointed Jammu and Kashmir governor in the last 51 years. He has been associated with almost all political hues, starting as a socialist student leader to the vice president of the BJP, before being appointed as the Bihar governor last year.

The two also discussed the urban local bodies and panchayat elections to be held in October-December, officials said, adding the governor praised the army's high level of coordination with the civil administration and the state and central police forces.