"Tactic To Delay Execution": Nirbhaya's Mother On Convict Claiming He Is Juvenile

Pawan Kumar Gupta's date of birth as per school record is October 8, 1996, but the Delhi High Court had ignored this, his lawyer, AP Singh claimed in the petition. 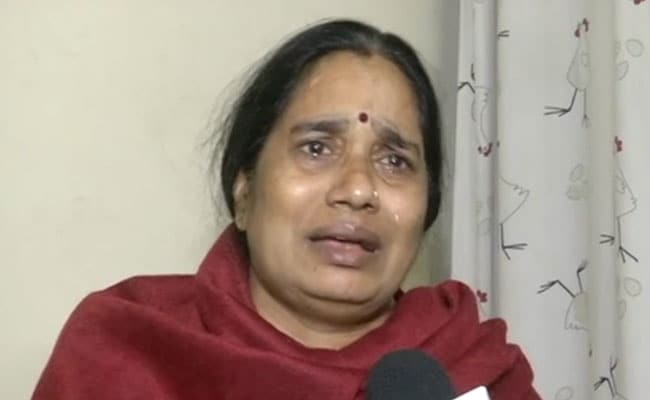 Asha Devi, mother of 2012 Delhi gang-rape victim, on Monday termed the petition by one of the convicts in the case as a tactic to delay the execution.

Today the Supreme Court will hear a Special Leave Petition (SLP) filed by Pawan Kumar Gupta, one of the death row convicts in the gang-rape and murder case, claiming that he was a juvenile at the time of crime, and the Delhi High Court had ignored this fact during the proceedings in the case.

Asha Devi said,"It is just a tactic to delay the execution. His petition was canceled in 2013 by the Supreme Court. The review petition was also dismissed by the court. He's doing it just to waste time. All the convicts must be executed on February 1."

The court had rejected the review petition of Pawan Kumar Gupta and he had challenged this before the top court on January 17.

His date of birth as per school record is October 8, 1996, but the court had ignored this, his lawyer, AP Singh claimed in the petition.

A court issued a fresh death warrant against the four death-row convicts in the Nirbhaya rape case, who will now be executed on February 1 at 6 am.

Four convicts, Vinay, Akshay, Pawan Kumar Gupta, and Mukesh were convicted and sentenced to death for raping a 23-year-old woman in a moving bus in the national capital on the intervening night of December 16-17, 2012