Nirbhaya Case: The convicts have used every ruse to delay the execution, taking it in turns to file repeated petitions. Another plea was to be heard by the court today - filed by three of the convicts two days ago. 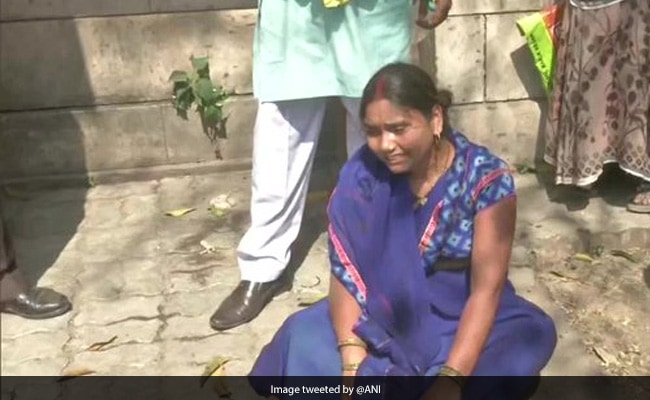 Barely 24 hours before the four convicts in the Nirbhaya case are to be executed, a drama played out outside Delhi's Patiala House court today as the wife of one of the convicts threatened to kill herself. Akshay Singh and three others, found guilty of the horrific rape and murder of a 23-year-old paramedical student eight years ago, will be hanged tomorrow.

The convicts have used every ruse to delay the execution, taking it in turns to file repeated  petitions. Another plea was to be heard by the court today - filed by three of the convicts two days ago.

Outside the court that was to hear the case, Punita Devi, the wife of Akshay Singh, was found sitting this morning, her child beside her. The woman appeared to have a nervous breakdown and fainted. After regaining consciousness, she started beating herself with a slipper, saying, "I don't want to live. I will kill myself."

The woman has filed for divorce in a local court in Bihar, contending that she does not wish to be a widow of a man who was hanged.

In the divorce plea, she asserted that her husband was innocent. "My husband is innocent. I want to be legally divorced before he is hanged," she said in her petition.

During today's hearing, the court was told that all four convicts have exhausted all legal options available to them.

The four convicts, along with two others -- one of them a minor -- had gang-raped the young woman and tortured her with an iron rod on the night of December 16, 2012. After fighting for life for days, she died on December 29 at a hospital in Singapore.

One of the assailants, just short of 18 when the crime was committed, was released after spending three years at a reform home. The main accused, Ram Singh, was found hanging in jail.