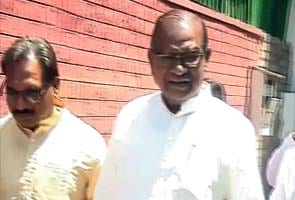 Despite dubbing the method adopted by the portal as "objectionable", the court said the idea of sting operation was not such that the scribes involved in it would be made accused.

"I am of the opinion that method adopted by Tehelka people may be objectionable but their purpose was not," special CBI judge Kanwal Jeet Arora said.

The court said that "the material collected by the people of the portal cannot be thrown overboard at the outset".

"Evidence on record establish that it was not the idea of crime which originated in the minds of Tehelka people. The origin was of the idea of exposure of corruption in the procurement of defence related products. They had acted as whistle blowers only," it said.

Promoted
Listen to the latest songs, only on JioSaavn.com
The court's observation came while convicting 72-year-old Bangaru for the offence of accepting Rs 1 lakh bribe in a fictitious arms deal 11 years ago.

While speaking about the role of the press and electronic media, the court said the power, which they have, "has to be exercised with a great sense of responsibility".