Sources said there was a 25-minute delay in informing the Prime Minister of the terror attack because of bad weather and poor network coverage. 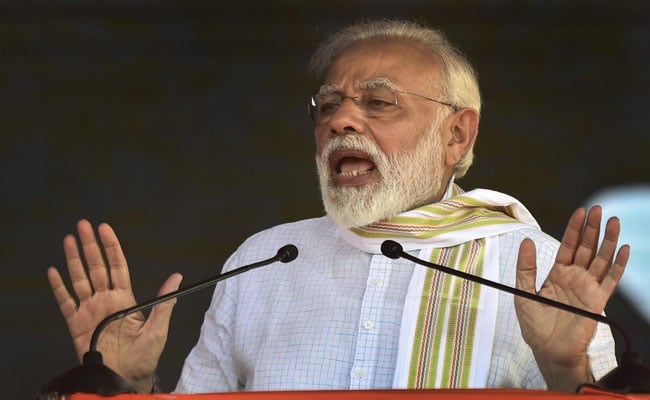 Sources said PM Modi was unable to hurry back to Delhi because of weather conditions.

Hours after the Congress alleged that Prime Minister Narendra Modi was shooting a "promotional film" at the Jim Corbett National Park at a time when the country was mourning the Pulwama terror attack, government sources on Thursday denied the charge and said that there was a 25-minute delay in informing him because of bad weather and poor network coverage. They said PM Modi tried returning to Delhi soon afterwards, but could make it only by late that night due to weather conditions.

According to sources, the Prime Minister reached Dehradun at 7 am but remained stuck there for four hours due to worsening weather conditions. He reached Jim Corbett Park around 11.15 am, where he spent three hours inaugurating a tiger safari, an eco-tourism zone and a rescue centre. He then took a motorboat ride from Kalagarh to the forests of Dhikala.

Sources said that although PM Modi was supposed to address a public rally at Rudrapur that afternoon, he cancelled it after news of the terror attack first began to emerge. He sought updates from National Security Advisor (NSA) Ajit Doval, Union Home Minister Rajnath Singh and Jammu and Kashmir Governor Satya Pal Malik before heading back to the Ramnagar guest house. Once there, he continued his telephonic conversation with the three.

PM Modi did not have anything to eat through it all, sources said, adding that he was angry over the delay in being told about the attack. He then travelled from Ramnagar to Bareilly through potholed roads because the chopper wouldn't take off due to choppy weather. He reached Delhi only late that night.

Earlier on Thursday, Congress leader Randeep Surjewala had alleged that although the terror attack occurred at 3.10 pm, PM Modi continued shooting a "promotional film" with Discovery Channel until 6.40 pm. "When the whole country was mourning the loss of lives of our jawans in the Pulwama attack in the afternoon, PM Modi was busy shooting for a film until evening. Is there any other Prime Minister in the world who's like this?" he asked.

Union Minister Ravi Shankar Prasad dismissed the claim that PM Modi was shooting a film with Discovery Channel, and accused the Congress of showing its "true colours" at a time when the whole world was firmly standing behind India. "Was the Congress aware of the Pulwama attack? We were not aware," he said in a jibe aimed at the opposition party.

The NSA has asked security agencies to submit a report explaining the reasons for the delay in informing PM Modi about the terror attack.

At least 40 CRPF personnel were killed after a suicide bomber rammed his vehicle, filled with explosives, into a CRPF convoy on the Srinagar-Jammu national highway in Pulwama district on February 14.