The images, recently updated on Google Earth Pro, show tents and housing for soldiers at an altitude of 17,000 feet in the Rezang La area of South Pangong. 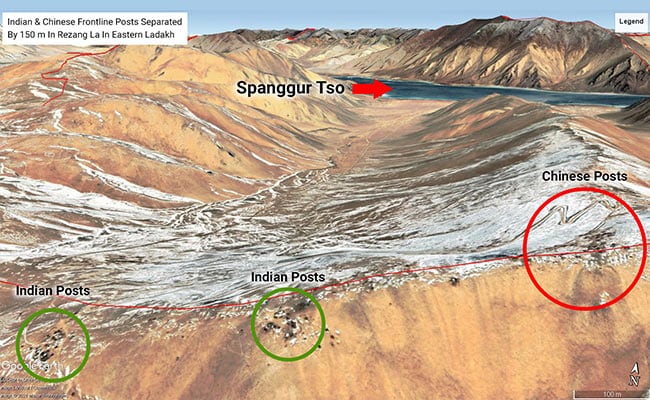 Satellite images of February 11 this year, the day after Indian and Chinese forces started withdrawing from the South Pangong heights in Eastern Ladakh, show Indian and Chinese posts located approximately 150 metres from each other, a clear indicator of the extent of the military build-up of both sides at the height of the tensions between the two sides.

The images, recently updated on Google Earth Pro, show tents and housing for soldiers at an altitude of 17,000 feet in the Rezang La area of South Pangong. An Army source NDTV spoke to says in certain locations, they were even closer. ''At places along the Kailash Range, tanks of each side were within 50 metres of each other.'' The Google Earth imagery described here does not show tanks which were mutually withdrawn a day earlier on January 10. 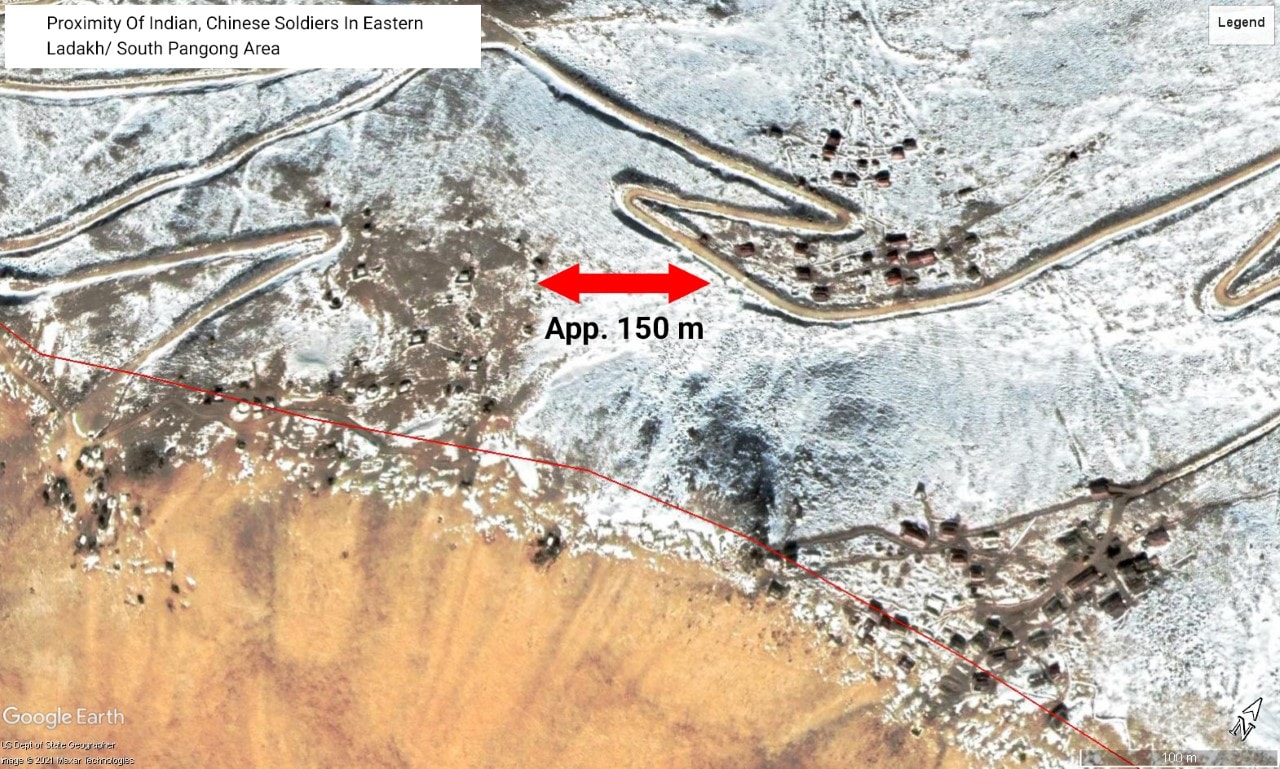 The images of the area show two major Indian Army positions, each with dozens of olive green and alpine white camouflage tents precariously perched just beneath a ridge-line which Google Earth marks as the Line of Actual Control in the area. Some Indian tents are located beyond this LAC marking. Army sources say Indian soldiers were only deployed within India's perception of the Line of Actual Control which may not precisely match what is shown on Google Earth. All Indian positions in the Rezang La area are fed by a road which ascends the steep hill-feature from an altitude of 15,400 feet to approximately 17,000 feet where the bulk of Indian forces were deployed. 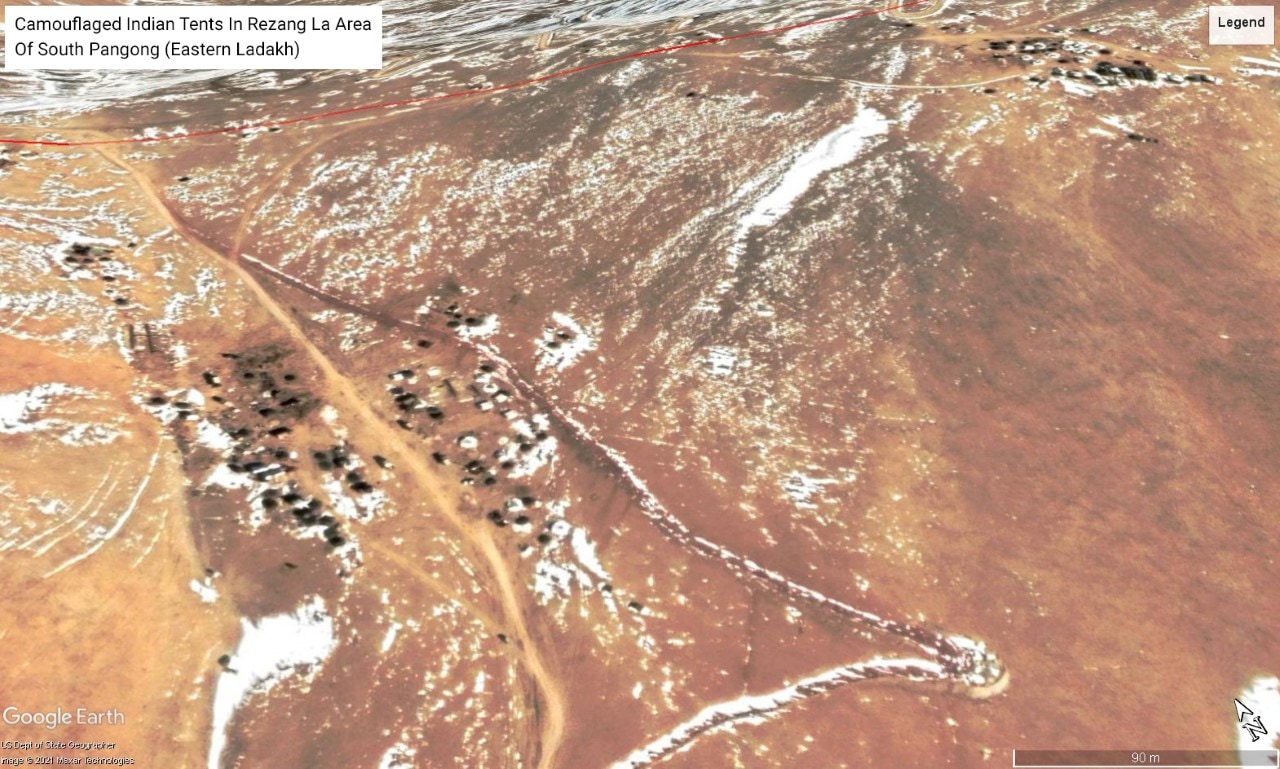 China's counter-deployment, located right next to that of the Indian Army, was also based on a pre-existing all-weather track. This stretches approximately 10 km to Chinese positions further afield, along the banks of the Spanggur Lake. The new satellite images also show a massive Chinese build up of military positions, including artillery gun emplacements and infrastructure in their rear-positions located approximately 10-12 kilometres from the site of the faceoff described here. 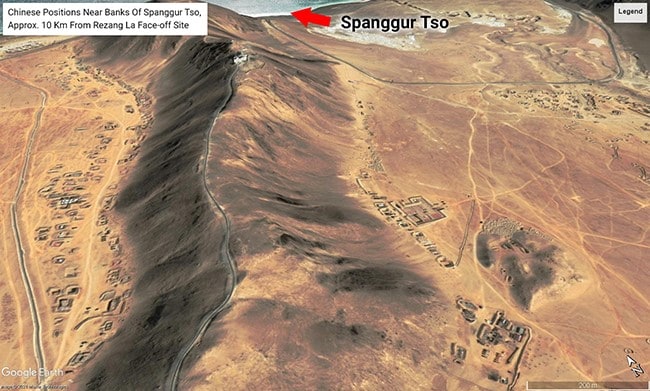 In late August last year, after Chinese forces refused to vacate their positions on the North Bank of the Pangong Lake in Eastern Ladakh, the Indian Army occupied high altitude positions of the Kailash range on the South Bank of the Lake, thereby dominating Chinese positions further afield. Indian soldiers stuck to their ground despite multiple efforts by the Chinese Army to get them to vacate their posts. Both sides ultimately deployed tanks and Armoured Personnel Carriers, triggering an eye-ball to eye-ball standoff which threatened to escalate at any moment.

Despite gaining the upper-hand in South Pangong, India accepted the terms of a mutual descalation in the region in February this year linked to a broader plan to de-escalate along all contested areas in Eastern Ladakh. "I want to assure this House that in these talks we have not conceded anything," Defence Minister Rajnath Singh told parliament on February 11. "These are mutual and reciprocal steps and any structures that had been built by both sides since April 2020 in both North and South Bank areas will be removed and the landforms restored," he said. 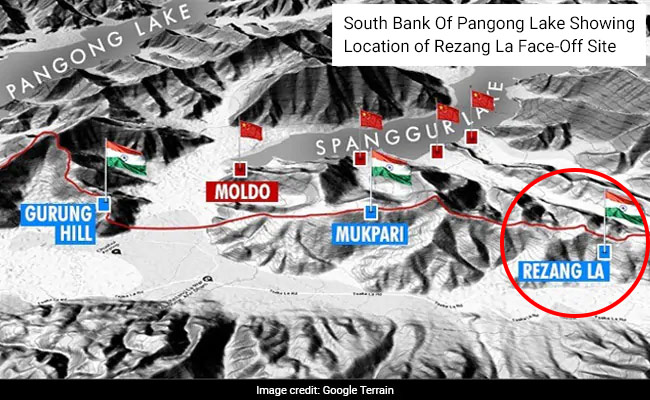 Despite multiple rounds of subsequent military talks, Chinese forces remain within Indian territory in areas that they illegally occupied in April-May last year. This includes Hot Springs, Gogra and Depsang, further to the North. Last week, the External Affairs Ministry said that both sides agreed to hold a 12th round of military commander talks to achieve  complete disengagement from all friction points so as to ensure a full restoration of peace and tranquility'' in bilateral relations.