Usman Majid is likely to resign from the Congress and join the new political formation. 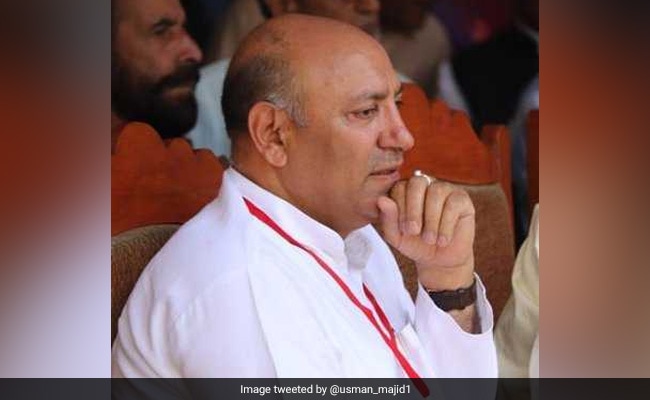 Usman Majid was served a show-cause notice by the Congress party recently.

A new political party will be floated in Jammu and Kashmir in the coming days, disgruntled Congress leader Usman Majid said on Sunday.

Mr Majid is likely to resign from the Congress and join the new political formation. He had been served a show-cause notice by the party for meeting the visiting European Union parliamentarians recently without prior permission.

Mr Majid held a workers' convention at Bandipora in north Kashmir, where he lashed out at the Congress, saying it is because of the party that the people of Kashmir have been "suffering" for the past 70 years.

The former legislator claimed that "like-minded people" had already joined hands and a new political party would be formed in Jammu and Kashmir very soon.

"The party, which is being floated, is not backed by the Bharatiya Janata Party. Linking our new regional force with the BJP is totally baseless and concocted," he said.

"We are in touch with like-minded politicians. A need was felt to fill a void between the people and the government. Only political representatives can fulfil this vacuum. We have joined hands to address and mitigate the sufferings of our people," he said.

Mr Majid accused the National Conference and the Peoples Democratic Party of misguiding the people in the Valley over self-rule and autonomy.

"The people in Kashmir are suffering because of their misdeeds. The Congress party leadership was never sincere to the people of Jammu and Kashmir," he said. "They would speak one language in Delhi, other at Jammu and quite contrasting in Srinagar."

Hathras Gang-Rape A "Matter Of Shame For Nation"; Those Guilty Must Be Hanged: Arvind Kejriwal