The Consumer Protection Bill, 2018 was introduced by Consumer Affairs Minister Ram Vilas Paswan in the Lok Sabha and it seeks to replace the 31-year-old law. 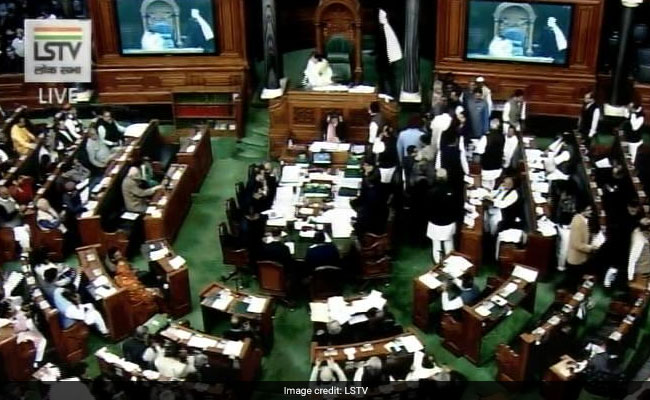 The bill was introduced in the Lok Sabha to crackdown on misleading advertisements. (File)

New Delhi: Instead of jail term, celebrities endorsing misleading ads will have to pay penalty of up to Rs 50 lakh and serve a ban of up to three years once the new Consumer Protection Bill is cleared by Parliament.

The Consumer Protection Bill, 2018 was introduced by Consumer Affairs Minister Ram Vilas Paswan in the Lok Sabha and it seeks to replace the 31-year-old law.

One of the major objectives of the bill is to crackdown on misleading advertisements.

If the Central Consumer Protection Authority (CCPA), proposed to be set up under the bill, is satisfied that an advertisement is false or misleading, it may issue directions to endorsers, advertisers, publishers as well traders and manufacturers to discontinue or modify such an ad.

The CCPA will have the powers to impose penalty of up to Rs 10 lakh on endorsers and manufacturers. For subsequent violation, the penalty will be of up to Rs 50 lakh.

The authority will also have the power ban endorser of false or misleading ads from making endorsement of any product or service for a period of one year, while subsequent violation will attract a ban of up to three years.

"No endorser shall be liable to a penalty if he has exercised due diligence to verify the veracity of the claims made in the advertisement regarding the product or service being endorsed by him," the bill said.

The Parliamentary Standing Committee that vetted the Consumer Protection Bill 2015 had suggested stringent penalty and jail term for endorsers of misleading advertisements. However, the government did not accept the recommendation of jail term and has instead proposed ban of up to three years.

In case of those publishing misleading ads, the bill empowers CCPA to impose a penalty of up to Rs 10 lakh.

However, no penalty will be imposed if publishers prove that the advertisement was published in the ordinary course of their business.

Promoted
Listen to the latest songs, only on JioSaavn.com
"No defence shall be available to such person if he had previous knowledge of the order passed by the CCPA for withdrawal of or modification of such advertisement," the bill said.

Since the Parliamentary panel had made many recommendations, the consumer affairs ministry decided to withdraw the 2015 bill and introduced a fresh one.

Nitish Kumar Wants Trust Vote After 2 Weeks. This Is Why