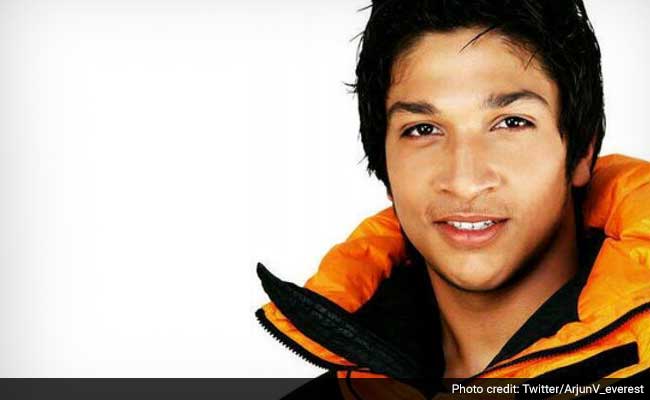 Nepal Army will make a fresh attempt to rescue young Indian Mountaineer Arjun Vajpai, who is stranded at Mount Makalu since April 30.

Kathmandu: Nepal Army will make a fresh attempt to rescue young Indian Mountaineer Arjun Vajpai, who is stranded at Mount Makalu since April 30 when a devastating earthquake shook the Himalayan country.

The 21-year-old Arjun had become the youngest Indian to climb Mount Everest in May 2010. He was 16 years of age then.

About 38 mountaineers, including Noida boy Arjun, are stranded at the high base camp of Mount Makalu, the fifth highest peak of the world.

When the massive earthquake shook Nepal, Arjun was with his team of about 18 members at the base camp and were putting up the communication tents.

One helicopter of Nepal Army attempted to evacuate Arjun from Hillary Base Camp (15749 feet) of Mt Makalu but they could not reach him due to clouds and snowfall," a family source said.

"Route downwards is broken due to landslides. The helicopter is awaiting good weather at Tumlingtar. Tomorrow morning rescue will be attempted again."

Indian Army and Indian Embassy at Kathmandu are coordinating the rescue efforts, said another source.

"It's a great gesture by Nepal Army," a source said.
Promoted
Listen to the latest songs, only on JioSaavn.com