"Till the time the ideas of Jawaharlal Nehru are alive, the Indian Constitution, the Indian democracy will remain undisturbed," said Mukul Wasnik. 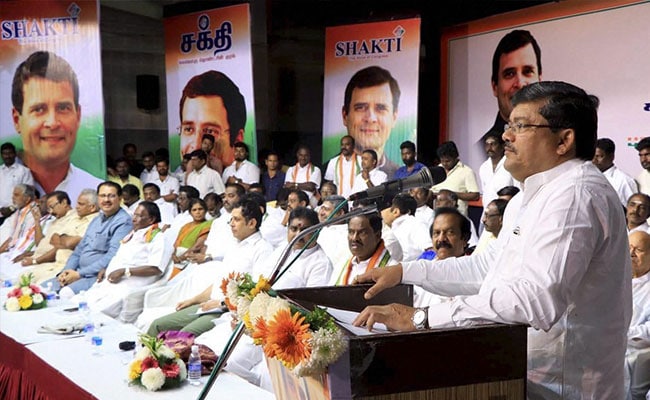 Pandit Jawaharlal Nehru remains one of the biggest hurdles in realising the goals of the BJP and the RSS and till the time ideals of India's first prime minister are alive, the Constitution and democracy in the country will remain intact, senior Congress leader Mukul Wasnik said on Wednesday.

Hitting out at Prime Minister Narendra Modi, the Congress general secretary said in 2014, it was felt that the new leadership on the political horizon would provide a fresh direction to the country, but this did not happen.

"But then he was not a leader (neta), but an actor (abhineta). And even as an actor, he proved to be a villain (khalnayak) than a hero (nayak). This is the misfortune of the country," Wasnik said, without naming Modi.

He was speaking at an event where a lecture on Nehru was organised.

"Jawaharlal Nehru is one of the biggest hurdles in realising the goals of the BJP and the RSS. Till the time the ideas of Jawaharlal Nehru are alive, the Indian Constitution, the Indian democracy will remain undisturbed," the former Union minister said.

Speaking on the occasion, his party colleague and former Maharashtra chief minister Prithviraj Chavan said Nehru's book 'Discovery of India' has a very important sentence that "scientific approach and scientific temper should be the way of life".

"But the Modi government has trampled everything and is trying to take forward regressive thinking. The attack on Nehru ji and his thinking is aimed at attacking the tradition of the Congress. Which is why there are attacks (on Nehru)," he said.

Chavan, a former Union minister, listed out the achievements of Nehru and the work done by him during his tenure as PM, especially in the area of science and technology.