A person of Indian origin, living in Iran has also been arrested by the DRI and during the inquiry, he accepted that the imported consignment from which the narcotics were recovered, belonged to him, the agency said. 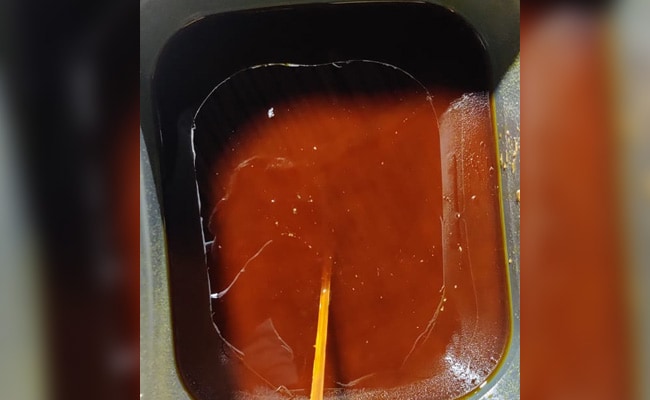 Nearly 25 kg of heroin was seized from a container in Nhava Sheva Port in Navi Mumbai in a raid by the Directorate of Revenue Intelligence's (DRI) Mumbai zonal unit.

A person of Indian origin, living in Iran has also been arrested by the DRI and during the inquiry, he accepted that the imported consignment from which the narcotics were recovered, belonged to him, the agency said.

According to the DRI they received special intelligence about a consignment imported vide container is likely to contain contraband covered under Narcotic Drugs and Psychotropic Substances (NDPS) Act.

DRI officials detained a container that arrived from Iran at Nhava Sheva port and carried out a search on October 5.

"The container had been imported from Kandahar in the name of an importer having an address of Masjid Bundar, Mumbai. It had arrived via Chabahar port in Iran," stated the release.

"The goods were declared in the Customs documents as Sesame seed oil and Mustard oil. However, during the course of the careful examination, it was noticed that the material in five cans of mustard oil was different," stated the release.

"The DRI officers thoroughly checked five suspicious cans and found off-white coloured material concealed at the bottom of those cans. Upon testing with NDPS field kit, the said material tested positive for the presence of heroin," further stated the release.

A total of 24.45 kilograms of heroin was seized under the provisions of the NDPS Act, 1985.

The arrested accused has been sent to the DRI custody by the judicial court.

"During the course of follow up searches, two more persons have been arrested from Delhi yesterday and have been brought to Mumbai under transit remand today," the DRI said.

It was also stated that both the accused were involved in financial transactions for smooth import of this consignment and on their production in Sessions Court Panvel, they have been remanded to DRI Custody.