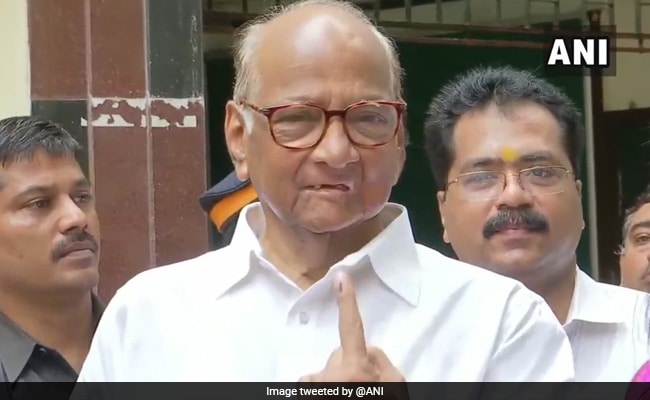 The Nationalist Congress Party (NCP) wants an equal number of seats from the Congress in the Maharashtra state assembly polls, citing the drubbing of its alliance partner in Lok Sabha elections, party sources said.

They said the Congress-NCP had a meeting regarding the seat-sharing arrangement in the Mumbai on Tuesday.

In the 2019 Lok Sabha polls, the Congress won only one seat from the state while the NCP bagged four.

In 2014, the Congress had won two seats from the state while the NCP won four.

The NCP had contested on 21 seats while its partner Congress fielded candidates in 26.

The Congress and the NCP have been in an alliance since 1999.

It was only in 2014 state assembly polls that the two sides parted ways.

In the 2004 assembly polls, the NCP had won more seats than the Congress, but the latter bagged the chief minister's post.

"The situation has changed now. We have performed better than the Congress in the last two Lok Sabha polls. So, the seats have to be divided equally,"a party leader said.

The Maharashtra assembly has 288 seats.

The NCP also held its working committee meeting on Tuesday, where the party deliberated on the reasons behind its performance in the Lok Sabha polls.

The working committee also discussed the upcoming state assembly polls in the state.

"Voting through (electronic voting machines) EVMs was also deliberated upon by the working committee," the leader added.