"I am going to resign on Tuesday and stay away from politics now," Prakash Solanke said. 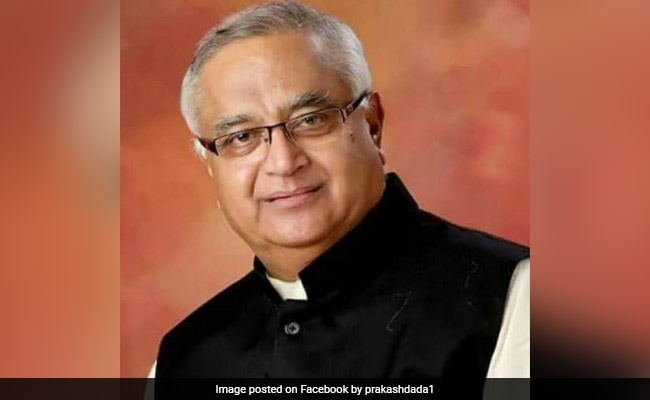 NCP MLA Prakash Solanke said he was not happy with any leader of his party.

Nationalist Congress Party MLA from Beed district in Maharashtra, Prakash Solanke, on Monday night announced that he would resign as the member of the Legislative Assembly, as he is "unworthy to do politics".

Mr Solanke, who got elected from Majalgaon seat on four occasions, denied any link between his sudden decision and his non-induction in the state Cabinet, which was expanded on Monday.

"I am going to resign on Tuesday and stay away from politics now," Mr Solanke told news agency PTI.

The MLA further said he was not unhappy with any leader in his party.

"I have apprised NCP leaders about my decision to step down. I will meet Legislative Assembly Speaker (in Mumbai) on Tuesday afternoon and hand over my resignation letter. My resignation has nothing to do with the Cabinet expansion," he clarified.

Earlier in the day, Chief Minister Uddhav Thackeray expanded his council of ministers by inducting 36 ministers, including NCP leader Ajit Pawar who was sworn in as deputy chief minister.

In the 288-member Assembly, the NCP has 54 MLAs after the Shiv Sena which has 56 members.