Two others accompanying the NCP leader also died in the attack which took place at around 8 pm, police said. 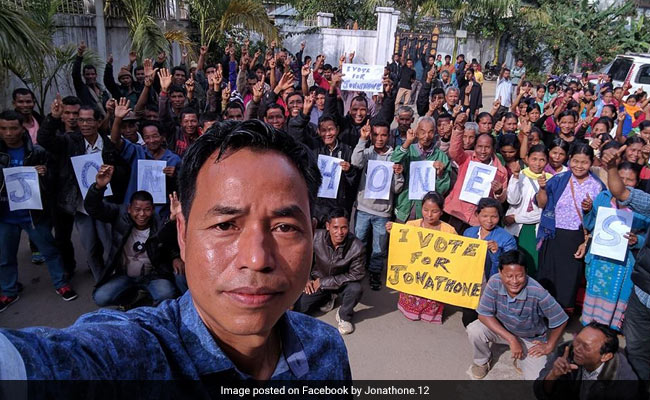 Jonathone N Sangma's convoy came under attack as he was returning after campaigning.

Two others accompanying the NCP leader also died in the attack which took place at around 8 pm, police said.

"Deeply saddened to hear about the unexpected loss of Jonathone Sangma. My heartfelt condolences to his near and dear ones. The blood of innocent spilled by the enemies of the state will not disturb peace in Meghalaya," he tweeted.

The 43-year-old NCP candidate was returning after campaigning and was on his way to Williamnagar, his assembly constituency, when the convoy came under attack, police said.

Assembly elections for the 60-member House in Meghalaya are slated to be held on February 27.

"We strongly condemn the incident and we stand by Jonathone's family at this moment. These incidents shouldn't take place in a state like Meghalaya," said Vincent Pala, working president of Meghalaya Congress Unit, and Lok Sabha MP from Shillong.

In the 2013 elections also Jonathone Sangma had received death threats and was provided extra security based on the threat perception, a police officer said.
Comments
Jonathone SangmaNationalist Congress PartyMeghalaya