Sharif's outburst came a day after the Lahore High Court banned broadcast of "anti-judiciary" remarks by him and his party-men. 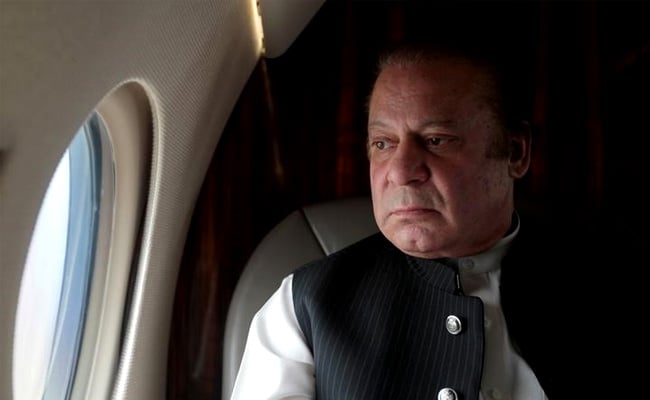 Lahore: Pakistan may face another "dismemberment" like the one it witnessed in 1971 if the people's mandate is not respected, ousted prime minister Nawaz Sharif warned today as he took a dig at the Supreme Court for disqualifying him.

Sharif's outburst came a day after the Lahore High Court banned broadcast of "anti-judiciary" remarks by him and his party-men.

He also targeted the country's intelligence agencies for being part of the Panama Papers investigation against him and his family members' offshore holdings.

"This is the first time in the country's history that representatives of intelligence agencies - Inter Service Intelligence (ISI) and Military Intelligence (MI) - were made part of the Joint Investigation Agency (JIT) to investigate the case which is not related to terrorism and national security," he said.

Speaking at a lawyers' convention here, 67-year-old Sharif said the Supreme Court's July 28 decision to disqualify him has not been accepted by the masses. "This decision will be remembered as 'unjust verdict' in the country's history," he said.

The deposed premier said during the country's 70-year history all 18 prime ministers were sent home without completing their terms.

"This has to be stopped now and we must ensure respect of the ballot. If the people's vote is not respected I fear that Pakistan may face an eventuality like that of 1971 when it was divided into two," he said, adding that Pakistan cannot move forward without fixing this problem.

Sharif was referring to the creation of Bangladesh in 1971 following the liberation war against Pakistan. "Although I have stepped down after the verdict but I have not accepted it nor the people of Pakistan. My mission is to shut down the means through which democracies are derailed and elected leaders are sent home," he said.

Promoted
Listen to the latest songs, only on JioSaavn.com
Pakistan's military has always played a crucial role in the country's politics. The army has ruled Pakistan for more than 33 years of the country's 70-year history.

Sharif said that he has been fighting for civilian supremacy in Pakistan and he will not sit back home till he achieves his goal with the help of masses.