Navjot Singh Sidhu also offered to take up the matter with Chief Minister Amarinder Singh for any help from the state government in this regard. 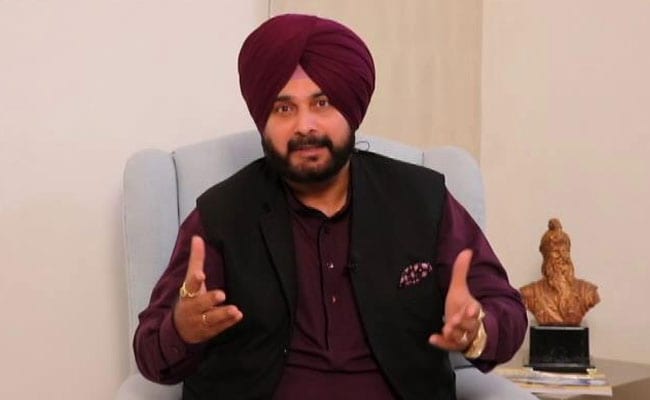 Navjot Sidhu said the efficient use of technology can be of great help to prevent accidents. (File)

Mr Sidhu also offered to take up the matter with Chief Minister Amarinder Singh for any help from the state government in this regard.

"There is an urgent need to have high fencing along the rail tracks, especially in the urban areas that are densely populated, so that nobody crosses the rail tracks and many of the accidents are avoided," he said.

Mr Sidhu's demand comes after a train ran through a crowd of Dussehra revellers that had spilled onto railway tracks while watching the burning of a Ravana effigy in Amritsar on October 19, killing nearly 60 people.

He said the efficient use of technology can be of great help to prevent accidents.

"Other than this, I also suggest that the Railways must use open carriages regularly to keep a check on the rail tracks," Mr Sidhu wrote.

The minister also cited an example of fencing of the Mumbai-Pune highway, saying, "We need to fence the sensitive areas around the rail tracks to ensure that no damage is caused."

"Apart from enhanced patrolling, we need to equip the Railways with upgraded equipment so that they could receive alerts in no time. As in India there are still many unmanned crossings, we need to upgrade those on urgent basis." Mr Sidhu wrote.

He said lessons needed to be learnt from incidents like the Amritsar train tragedy.

"This is extremely worrisome and we collectively need to take appropriate measures to save invaluable human lives. These regular rail accidents definitely indicate that we have lessons to be learnt and we need to prevent and prepare rather than repent and repair," he said.

Earlier, Mr Sidhu had targeted the Railways, raising questions about its functioning and asked how a "clean chit" was given to the loco-pilot of the train in "one day".

Opposition Shiromani Akali Dal has been demanding Mr Sidhu's dismissal from the cabinet and an FIR against his wife Navjot Kaur Sidhu, who had presided over the "unauthorised" Amritsar event.