Meeting between Navjot Sidhu's and Amarinder Singh follows resignation by his cabinet colleagues after he had said that Congress president Rahul Gandhi was his "captain". 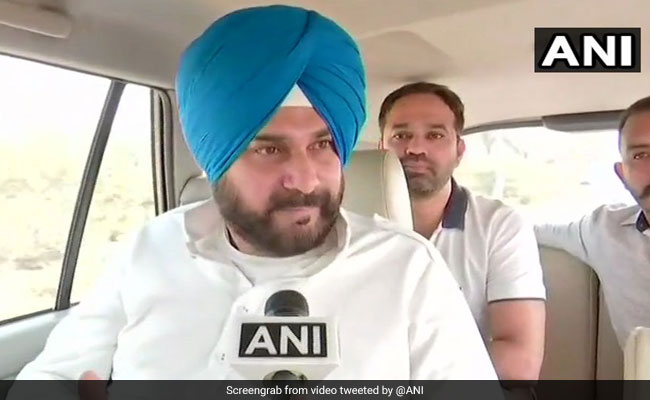 "The talks between us were cordial," Navjot Sidhu told reporters after visiting the chief minister (FILE)

The meeting follows demands for Mr Sidhu's resignation by his cabinet colleagues after he had said that Congress president Rahul Gandhi was his "captain" while Amarinder Singh was an "Army captain".

He made the remarks when asked by the media why he attended the groundbreaking ceremony of the Kartarpur Corridor in Pakistan despite the chief minister's disapproval.

"The talks between us were cordial," Mr Sidhu told reporters after visiting the chief minister.

Without giving out further details, Mr Sidhu said they spoke about many other things and that CM Amarinder's health was better now. The chief minister was suffering from a viral fever.

"The love and affection which I got from the CM after meeting him is indicative of the fact that the whole issue had been blown out of proportion," he said, adding that "the CM did not say anything to me in this respect (controversy)...many times certain things are misinterpreted," Mr Sidhu said.

This was Mr Sidhu's first meeting with Amarinder Singh after a controversy erupted over his remarks.

Mr Sidhu, however, had later described Amarinder Singh as a "fatherly figure" and had said he will sort out the issue with him.

"You don't wash dirty linen in public. He (Amarinder Singh) is a fatherly figure. I love him. I respect him. I will sort it out myself," Sidhu had told reporters during poll campaigning in Rajasthan.