Navjot Sidhu Advocates No Construction Around Kartarpur Gurdwara In Pak

The foundation stone for the Kartarpur corridor was laid on November 26 last year at Dera Baba Nanak where Union minister Nitin Gadkari had said that his ministry would try to complete the construction work expeditiously. 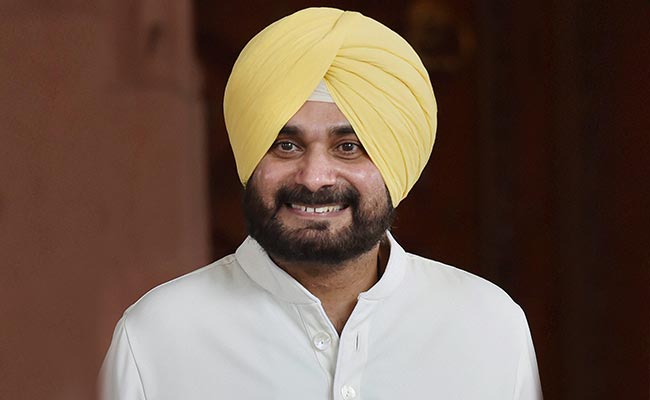 Punjab minister and Congress leader Navjot Singh Sidhu wrote a letter to Pakistan Prime Minister Imran Khan on Sunday, requesting him not to allow building of concrete structures around Kartarpur Sahib Gurdwara and to regulate the movement of pilgrims for preserving the sanctity of the historic Sikh shrine.

"...as the plans for the development works to be undertaken for the 550th birth anniversary of Baba Nanak (Guru Nanak), the sacredness and serenity of Kartarpur Sahib should not be compromised as hearts of millions of pilgrims across the world yearn for this historic moment," Mr Sidhu wrote to Mr Khan, also a cricketer-turn-politician.

"To preserve the sanctity of Kartarpur Sahib, I request that in the 104 acres of land that surrounds the Gurudwara Sahib at Kartarpur (in Pakistan), we can avoid building any new concrete structures and altering the historical structures on the sites," he said.

Mr Sidhu also requested for regulating the movement of pilgrims.

"We must move primarily on foot with an exception only for the elderly, disabled or sick, along with providing accessible amenities such as toilets. Personal transport should be eschewed at all costs. In 104 acres of land walking trails could be developed for people to walk along fields once tilled by Baba Nanak and now preserved in the same sanctity," he wrote.

The holy land where Baba Nanak spent 18 years of his life be declared a 'heritage village', he said.

Gurdwara Darbar Sahib in Kartarpur is located on the banks of the Ravi river in Pakistan, where Guru Nanak Dev, the founder of Sikhism, had spent 18 years of his life.

The Union Cabinet had on November 22 decided to develop and build a passage from Dera Baba Nanak in Gurdaspur district to the International Border.

The foundation stone for the Kartarpur corridor was laid on November 26 last year at Dera Baba Nanak where Union minister Nitin Gadkari had said that his ministry would try to complete the construction work expeditiously.

The Pakistan government had also held the ground-breaking ceremony of the corridor on its side on November 28.

UP Man Dragged Out Of Home At Night, Tied To Tree, Burnt Alive