National Anthem Recital May Be A Must In Madhya Pradesh Madrassas: Minister 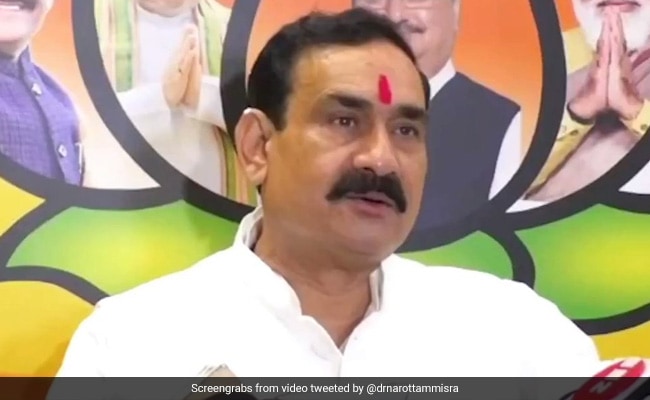 Singing of national anthem is compulsory in all madrassas in Uttar Pradesh.

With singing of national anthem made compulsory in all madrassas in neighbouring Uttar Pradesh, Madhya Pradesh Home Minister Narottam Mishra on Friday said a similar step could be considered in the state.

He made the statement in response to a query asked by reporters.

Singing of national anthem "Jana Gana Mana" has been made compulsory at all madrassas in Uttar Pradesh starting Thursday.

The Registrar of the Uttar Pradesh Madrassa Education Board issued an order to this effect to all the District Minority Welfare Officers on May 9.

Talking to reporters, minister Mishra said the national anthem should be sung everywhere.

"It is a good thing. It is a national anthem and it can be sung everywhere," he said.

When asked whether a similar decision could be implemented in MP, Mishra said, "It is matter of consideration...It can be considered."

"If such a thing is happening and such a decision has been taken, then it is a welcome step," he said.