Denied a re-nomination to the Upper House by Samajwadi Party, Naresh Agrawal joined BJP yesterday. But days before that he had put a written question to the finance minister, the reply to which was given yesterday. 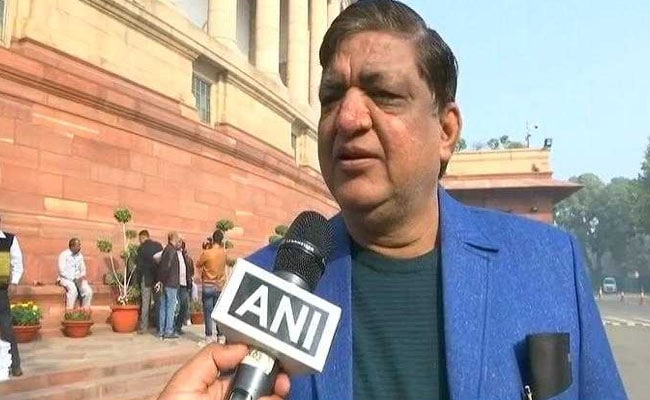 New Delhi: Days before Rajya Sabha MP Naresh Agrawal joined the ruling BJP, he had put a rather inconvenient question to the government, asking if it has accepted that demonetisation was its "worst decision".

Denied a re-nomination to the Upper House by Samajwadi Party, Mr Agrawal joined BJP. But days before that he had put a written question to the finance minister, the reply to which was given yesterday.

In an unstarred question, he had wanted the finance minister to state if "it is a fact that government has accepted that its decision of demonetisation was the worst decision, and if so the reasons thereof."

Minister of State for Finance P Radhakrishnan in a written response tabled in the House, said "No" to the first part of the question and "doesn't arise" to the second.

As per the rules and procedures of the Rajya Sabha, an MP can raise or ask a question to any minister by giving it in writing at least 15 days in advance.

A notice of a question is to be given in writing to the Secretary-General of Rajya Sabha and must contain the name of the minister it is addressed to and the date on which the query is proposed to be placed on the list of questions for answers.

In the same question, Mr Agrawal asked if the decision was not the worst, what areas benefited from the November 8, 2016 decision to scrap old 500 and 1000 rupee notes.

In reply, Mr Radhakrishnan listed elimination of fake currency and strike against terrorist activities, action against generation of black money, formalisation of economy and digitisation as benefits of demonetisation.

"The fake Indian currency notes were being used by militants to fund their operations in the country. As a result of demonetisation, terrorist and naxalite financing stopped almost entirely," he said citing stoppage of stone pelting and other terrorist demonstration activities in Jammu and Kashmir.

He went on to state that as many as 17.73 lakh accounts, where Rs 3.68 lakh crore of scrapped notes were deposited post November 8, 2016, did not appear to be in line with the their tax profile. Explanation of such deposits were sought.

Promoted
Listen to the latest songs, only on JioSaavn.com
"Responses from 11.18 lakh persons were received giving information on 16.92 lakh accounts. 1 lakh high risk cases for enforcement actions have been identified based on responses," he said and 20,572 income tax returns have been selected for scrutiny.