PM Modi One Of Most Effective Communicators: President Pranab Mukherjee 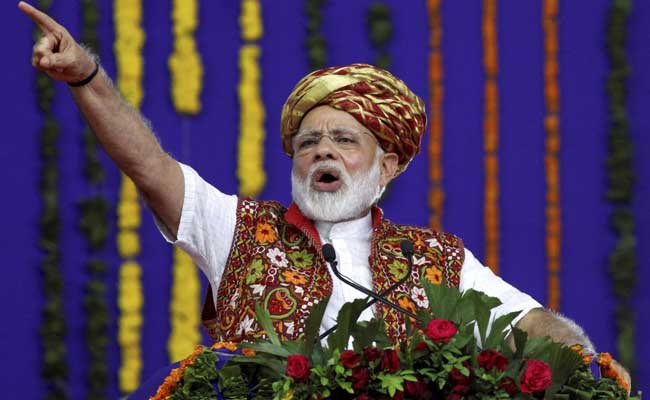 New Delhi: President Pranab Mukherjee on Friday called Prime Minister Narendra Modi "one of the most effective communicators of the times" at a function where two books were released on PM Modi on completion of his three years in office.

"Without having the capacity to communicate, a leader may not be able to inspire people to follow his ideas and approach," President Mukherjee said at the function that witnessed the release of two books - "Mann Ki Baat: A Social Revolution on Radio" and "Marching with a Billion - Analysing Narendra Modi's Government at Midterm".

According to a statement, the President also received the first copies of the books which were formally released by Lok Sabha Speaker Sumitra Mahajan.

The book "Mann Ki Baat: A Social Revolution on Radio" is a compilation of Prime Minister Modi's addresses to the nation on radio every month in the programme 'Mann Ki Baat'. The book has been compiled by Rajesh Jain.

PM has given new direction to the economy. Some decisions have been epoch making ones: President Pranab Mukherjee

"Marching with a Billion -- Analysing Narendra Modi's Government at Midterm" analyses the "monumental changes" Modi has brought on multiple fronts. It is authored by Uday Mahurkar.

Mr Mukherjee said in independent India, first Prime Minister Jawaharlal Nehru effectively propagated the values in the Constitution, including secularism. Then his successor Indira Gandhi mobilised public in favour of the Liberation war of Bangladesh effectively.

The President said various initiatives taken by PM Modi have resulted in the Indian economy moving forward in a steadfast manner.

Vice President Hamid Ansari, Union Minister of Finance and Defence Arun Jaitley and other leaders were also present on the occasion.

President Mukherjee also congratulated and expressed gratitude to the publishers for bringing out the two books, saying the books cover important issues of topical concern and should have a wide readership because of their inherent merit.
Comments
Mann Ki BaatNarendra ModiPresident Pranab Mukherjee