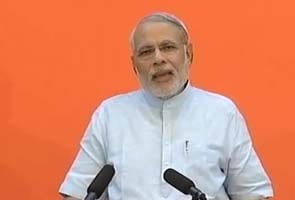 Ahmedabad: Gujarat Chief Minister Narendra Modi today addressed the Indian diaspora in 18 US cities through video conferencing. The event was organised by the Gujarati community in the US as a part of the Gujarat Day Celebration. Here are the highlights of what Mr Modi said: