A joint declaration was issued by the National Socialist Council of Nagaland - Isak Muivah or the NSCN-IM and the working committee of six other Naga national political groups. 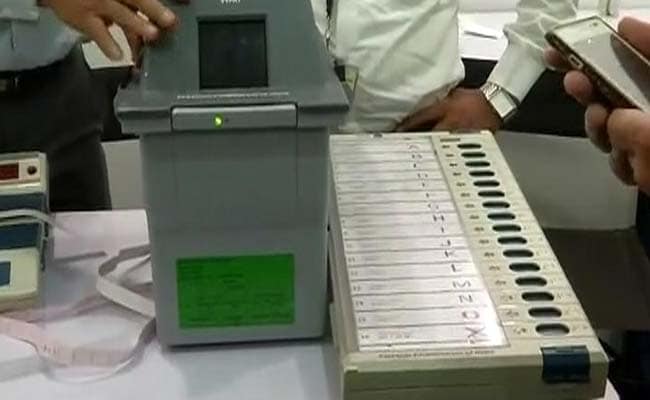 Assembly elections in Nagaland is scheduled for February 27. (Representational)

Kohima: A day after political parties in Nagaland hinted at supporting the demand that a solution to the Naga issue be found ahead of elections, seven Naga Nationalist Political Groups or NNPGs today cautioned people against filing nominations for the upcoming Assembly polls on February 27.

A joint declaration was issued by the National Socialist Council of Nagaland - Isak Muivah or the NSCN-IM and the working committee of six other Naga national political groups. The declaration stated that they support the demand of the Naga tribal bodies and civil society of finding a solution to the peace negotiation before election, a demand on which the centre has been non-committal.

The decision came at a meeting organised by the Core Committee of Nagaland Tribal Hohos and Civil Organisations in Dimapur. A copy of the declaration was made available to the media this evening.

"When Naga people as a whole have made the collective decision to forgo election, we caution vested interest and unscrupulous persons not to sabotage the historical processes of negotiations by filing nominations and indulging in election process," the joint declaration read.

"Following the intensive negotiations going on between the Union government and the Naga Political Groups, the negotiating groups are leaving no stone unturned to ensure that an honourable and acceptable solution is evolved on time in the interest of the Naga people," the declaration said.

The Core Committee of Nagaland Tribal Hohos and Civil Organisations has also appealed to the Election Commission to defer the Assembly polls, in the interest of peace and tranquillity.

They praised all political parties, both national and regional, for responding positively to the campaign "Solution, Not Election" for finding answers to the decades old Naga political problem before elections.

"The negotiators are indeed overwhelmed by the unstinted support of our people, particularly at this juncture when the Nagas are once again put to test," the groups said.

"We also express our appreciation to all the tribal hohos and civil society organisations for their immeasurable services rendered towards building oneness," the declaration read.

Yesterday, Chief Minister of Nagaland TR Zeliang has also stated that his party, the Naga People's Front, is ready to not participate in the polls if other parties also agree to not file nominations.

Promoted
Listen to the latest songs, only on JioSaavn.com
The Core Committee of Nagaland Tribal Hohos and Civil Organisations (CCNTHCO) has appealed to the Election Commission (EC) to defer the Assembly polls, in the interest of peace and tranquility. The body will hold meeting with political parties today in Kohima.