The petition was moved before the commission two days ago claiming that the BMC's act of razing portions of Kangana Ranaut's bungalow was a violation of her human rights. 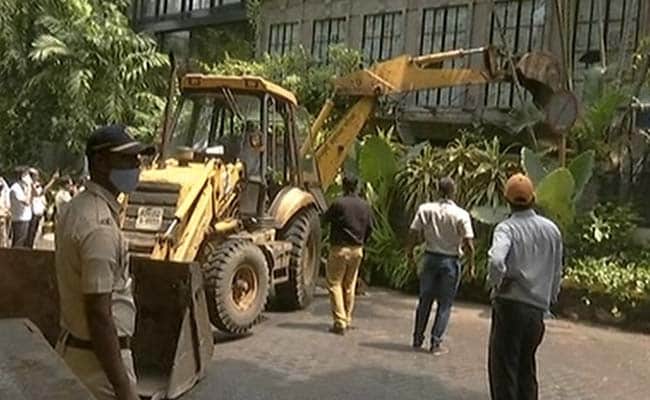 The Maharashtra State Human Rights Commission (MSHRC) on Wednesday asked the municipal commissioner of Mumbai to appear before it on January 20 during a hearing of a petition filed against demolition of parts of actor Kangana Ranaut's bungalow in Mumbai by the Brihanmumbai Municipal Corporation (BMC).

The petition was moved before the commission two days ago claiming that the BMC's act of razing portions of Ms Ranaut's bungalow in suburban Bandra was a violation of her human rights.

The BMC had claimed the actor had carried out illegal work at the bungalow and its officials therefore, acted in accordance with the law.

The petitioner, Aditya Mishra, has relied on an order of the Bombay High Court which has termed the BMC's drive a "malice in law".

He also cited a Supreme Court ruling that declared right to private property to be a human right.

If any act by the state or its agencies pertaining to someone's private property is found to be illegal, then it is a violation of human rights, said the petitioner, citing the top court order.

"When the act of BMC is found to be illegal by the Bombay High Court, then it's a crystal clear case of violation of human rights, which warrants the intervention of the commission," he said.

The rights panel on Wednesday accepted the petition and summoned the municipal commissioner to remain present before it during the hearing on January 20.

Last month, the high court, in its order on Ms Ranaut's petition challenging the BMC's action, had said it was a "malafide act" done to cause substantial loss to the actress.

The high court had also said it does not approve of authorities using "muscle power" against any citizen.

"The civic body has proceeded to act wrongfully and illegally against the rights of a citizen," the high court had said.

The demolition was carried out by the BMC at her bungalow in Pali Hill, an upscale Mumbai area, on September 9.