"Will Not Forget": PM Modi, Leaders Remember Victims, Heroes Of 26/11

26/11 Anniversary: 10 years later, we salute those who fought during to keep the city safe and pay tribute to those who lost their lives in the Mumbai terror attack. 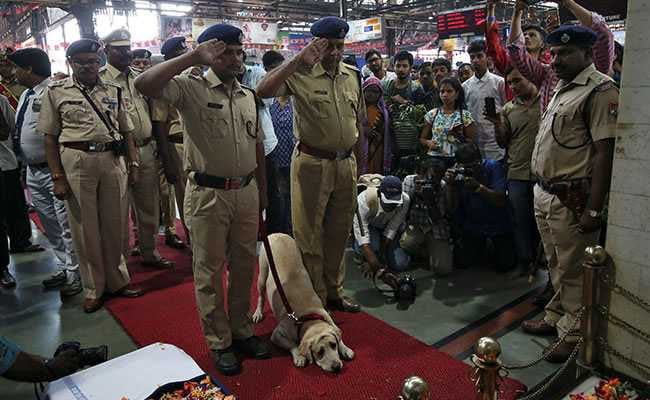 26/11 Anniversary: PM Modi, Mumbai Police among other paid their tribute on Twitter.

Exactly 10 years ago to this day, 10 heavily armed terrorists sailed from Pakistan in the pitch black night, landed on the Mumbai coastline and attacked the country's financial and entertainment hub, leaving over 160 people dead and hundreds with injuries, some so serious that they would take a lifetime to heal.

The Lashkar-e-Taiba terrorists attacked Taj Mahal Palace hotel, Chhatrapati Shivaji Terminus railway station and Leopold Cafe, among other landmarks. The three-day siege of Mumbai -- an incident that later gave rise to tales of heroism -- did not break the spirit of Mumbai. India in fact emerged stronger in the aftermath of the attack.

Today, 10 years later, the country salutes those who fought to keep the city safe and pays tribute to those who lost their lives.

US Secretary of State Mike Pompeo also paid tribute calling upon countries, particularly Pakistan, to uphold UN Security Council obligation to "implement sanctions against the terrorists responsible for this atrocity, including Lashkar-e-Tayyiba and its affiliates."

Mike Pompeo on Sunday urged Pakistan to take action against those responsible for the 2008 Mumbai attacks and offered a new reward of $5 million for helping secure their capture.

.@SecPompeo: On behalf of all Americans, I express my solidarity with the people of India and the city of Mumbai on the 10th anniversary of the #MumbaiTerrorAttack. We stand with the families and friends of the victims, including six American citizens. https://t.co/NGj4xSGkAvpic.twitter.com/F6oI1Rhouh

The sentiment was shared by people from across the country. PM Modi among several others posted their tribute on Twitter.

Tributes to those who lost their lives in the gruesome 26/11 terror attacks in Mumbai.

Our solidarity with the bereaved families.

A grateful nation bows to our brave police and security forces who valiantly fought the terrorists during the Mumbai attacks.

I offer my heartfelt tribute to the ones who put Mumbai first, till the very end. #RememberingTheHeroespic.twitter.com/ZRVq9AaY0B

Ten years after the Mumbai terror attacks, thoughts with families and individuals who suffered. We salute those from the police and security forces who made the supreme sacrifice that day. India remains honour-bound to securing justice, and defeating terrorism #PresidentKovind

The ones we will never forget #RememberingTheHeroes#2611Attackhttps://t.co/Mi4zwJ6b57

10 years ago, we showed the world that divisive forces cannot break the unity and solidarity among our people. Today, we honour those who lost their lives in the 26/11 Mumbai Attacks. #MumbaiTerrorAttackpic.twitter.com/EOLsFIFTCp

We wil not forget the sacrifices, we will not forgive the perpetrators of 26/11 Mumbai terror attack.

Tributes to those who lost their lives in the cowardly terrorist attack and salute to the bravehearts who defended our nation and its people. pic.twitter.com/TlQVUInHYO

Maharashtra Chief Minister Devendra Fadnavis and Governor C Vidyasagar Rao and other cabinet ministers pay tribute at the Martyrs' Memorial, Police Gymkhana in Mumbai, on the 10th anniversary of the 26/11 Mumbai attacks. 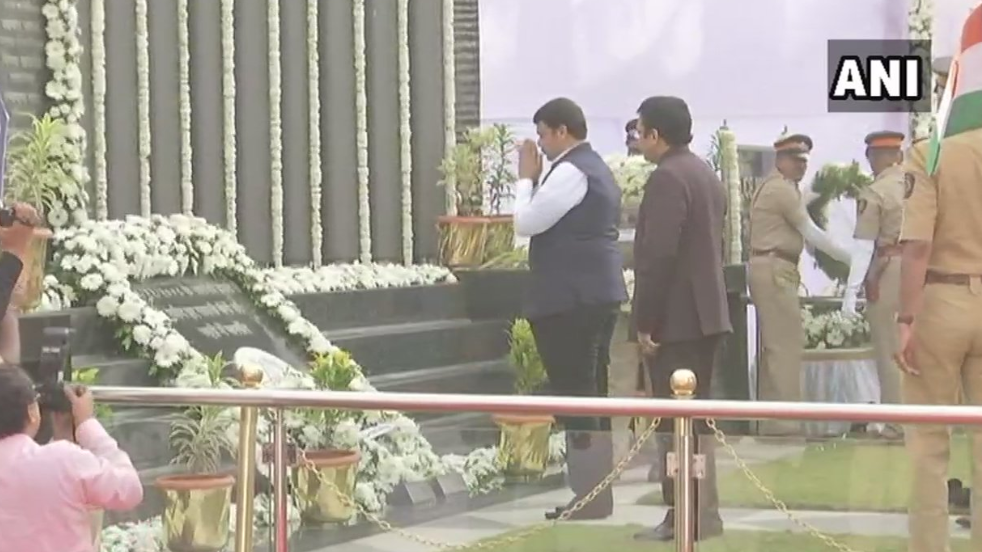