26/11 Mumbai Attacks: How India Fought Back - A Timeline

26/11 Mumbai attacks: Over 160 people were killed and hundreds were left injured, many with wounds that would take a lifetime to heal 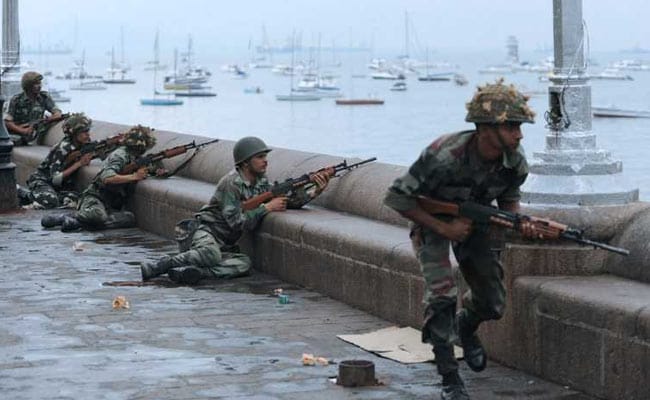 The terror attacks on major landmarks in Mumbai on November 26, 2008 that eventually turned into a three-day siege were a wake-up call for India to secure it cities from attacks that could come from the unlikeliest of places. When 10 heavily-armed terrorists sailed towards the Mumbai coastline from Pakistan under the cover of darkness, people in the city were going about their lives, unwary of the tragedy that lay ahead. By the time commandos of the National Security Guards (NSG) killed the last terrorists who had been holed up in south Mumbai's Taj Mahal Palace hotel, over 160 people were killed and hundreds were left injured, many with wounds that would take a lifetime to heal.

The attacks masterminded by Hafiz Saeed and executed by his terror group Lashkar-e-Taiba and their Pakistan-based backers did not succeed in breaking the spirit of Mumbai and the people of India. The country in fact emerged stronger and took several policy decisions that would go on to strengthen its anti-terrorism framework. One of the immediate decisions the government took after the attacks was to spread out the NSG commandos to some big cities in what came to be known as "NSG hubs" for faster response to terror attacks.

Here is a brief timeline of the attacks that took place in Mumbai in November 2008, which is also remembered as the 26/11 Mumbai attacks.

The Timeline Of The 26/11 Mumbai Terror Attacks:

The 10 heavily armed terrorists leave Karachi, the port city in Pakistan, by boat. As they were nearing the Indian coastline, they hijack a fishing dinghy and kill four of the five-men crew. The terrorists then force the last boatman to take them to the Mumbai coast. 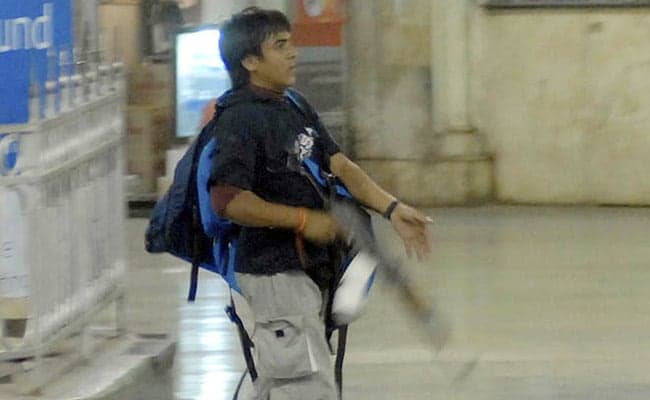 The terrorists kill the boatman as their vessel reaches some 7 km from the Mumbai coastline.

The terrorists switch to three inflatable speedboats and leave the fishing boat. Six of them sail quietly to a settlement of fishermen at Macchimar Nagar in Mumbai's Cuffe Parade neighbourhood. They disembark and break into smaller groups. The rest keep sailing.

The first group of terrorists enter Chhatrapati Shivaji Terminus 'CST' railway station and fire the first shots. Mohammed Ajmal Kasab and Ismail Khan fire indiscriminately into crowds. It is here that they are pictured in their most commonly seen photograph as "backpackers with assault rifles". The attack lasts about 90 minutes. Some 58 people are killed and more than 100 are injured.

The terrorists blow up a gas station near the second site, the Nariman House business and residential complex housing the Jewish Chabad Lubavitch outreach centre, to divert attention. This draws people to the windows, where the terrorists fire upon them. After killing a Kosher food inspector, they took the rabbi, his wife and five Israelis hostage and subsequently killed them. The two-year-old child of the couple survived. 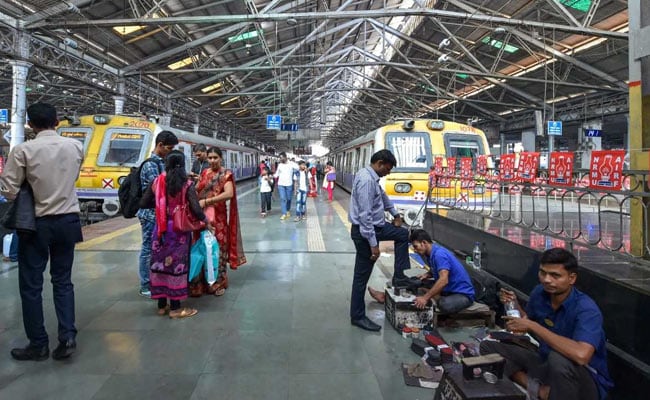 The third site, Leopold Cafe, is attacked. Four terrorists enter the posh restaurant frequented by locals and foreigners, before opening fire on the crowd. About 10 people are killed in the attack which lasts 10 to 15 minutes. The terrorists also plant bombs in two taxis that kill 5 people and injure 15. The terrorists then proceed to the Taj Mahal Palace and Tower Hotel.

Two terrorists Shoib and Umer, who attacked the Leopold Cafe, enter the grounds of the Taj Mahal hotel by breaking down a side door. They first attack guests around the swimming pool and then move inside to the bars and restaurants of the hotel. Two other terrorists Abdul Rehman Bada and Abu Ali enter the hotel through the front entrance and start to shoot and throw grenades. A small team of the Indian Navy's marine commandos Marcos enter the hotel and fight the terrorists.

The last site, Oberoi-Trident Hotel, is attacked. Two terrorists enter the hotel via the restaurant and immediately begin firing into the crowd. They later move throughout the hotel looking for targets.

Mohammed Ajmal Kasab and Ismail Khan, who struck CST first, arrive at the back gate to the Cama Hospital. The hospital staff, alerted to their approach, lock all of the patients' rooms. They leave the hospital and ambush a group of police officers, killing six of them including chief of the city's Anti-Terrorism Squad Hemant Karkare. They hijack a police vehicle before being intercepted by a team from the Gamdevi police station. Khan is killed and Kasab is arrested. 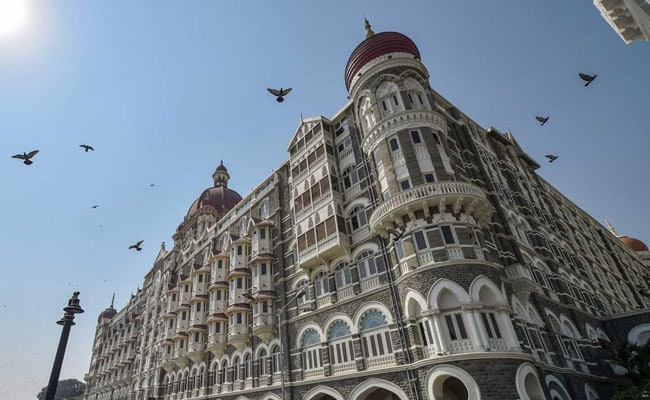 A view of the Taj Mahal Palace hotel, where terrorists killed several people during the three-day siege in November 2008 (PTI)

Police surround the Taj Mahal hotel. By this time, many of the guests inside the hotel were huddled up by the staff into small rooms. The Mumbai Police's Rapid Action Force positions themselves outside Oberoi-Trident hotel.

Ajmal Kasab and Ismail Khan leave the hospital and head north towards the Metro Cinema area.

The central dome of the Taj Mahal hotel is bombed and a massive fire rages in the building.

Large fires break out on the top floors of the Taj Mahal hotel.

Security forces undertake the first round of evacuations of people trapped inside the Taj hotel, helping people escape in two groups.

A team of 200 NSG commandos reach Mumbai from New Delhi and take charge of the rescue operations in Taj Mahal and Oberoi-Trident hotels. The government gives orders to storm the building. 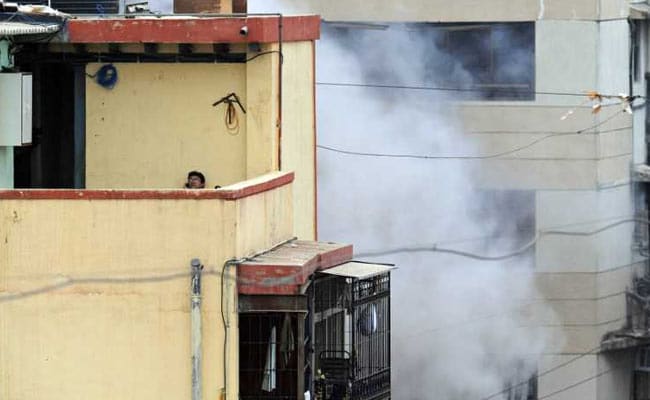 30 hostages are freed from the Oberoi-Trident Hotel.

A team of 20 commandos try to enter the Nariman House building from the ground floor but find the elevator and the entry point destroyed by terrorists.

14 more hostages are freed from the Oberoi-Trident Hotel.

A series of loud explosions are heard in the Oberoi-Trident Hotel as fires break out. 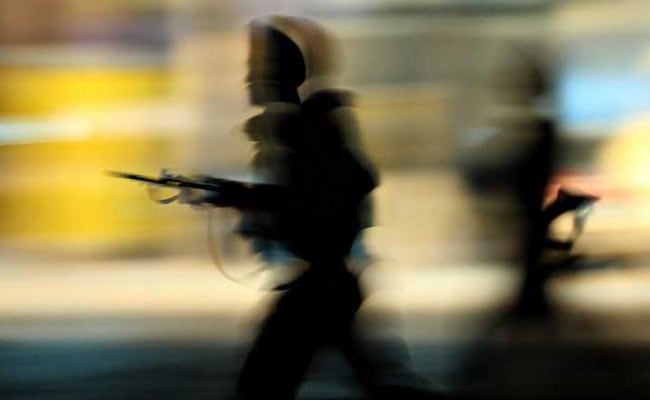 Commandos begin landing on top of Nariman House by helicopter.

Between 35 and 40 hostages are rescued from the Oberoi-Trident Hotel.

Gunfire and explosions are heard as security forces fight terrorists at Nariman House.

Troops secure Nariman House and end the siege. Seven people are killed in the three-day siege of the building.

The siege officially ends at the Oberoi-Trident Hotel. Approximately 30 people are killed.

The last terrorists are killed and the siege ends at the Taj Mahal Palace hotel. Approximately 31 people are killed in the three-day siege at the hotel.