Ten years later, owners of the iconic Leopold Cafe, a symbol of the city's resilience and cosmopolitan ways, feel it is time to move on from the grim reminders of the attacks. 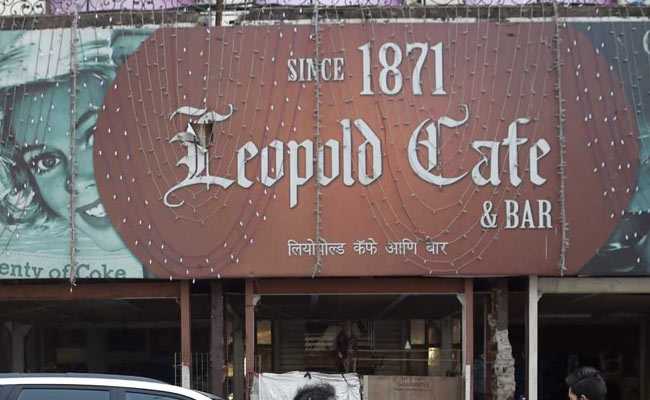 The popular restaurant and bar on Colaba Causeway in south Mumbai was one of the first sites to be targeted during the 26/11 terror attacks in 2008.

Ten years later, owners of the iconic Leopold Cafe, a symbol of the city's resilience and cosmopolitan ways, feel it is time to move on from the grim reminders of the attacks.

The proprietors and many patrons feel the restaurant was a star attraction in its own right, much before it earned the attention from the book Shantaram, and the 26/11 attacks which left eight people including two staff members dead.

"Enough has been spoken and written about the 26/11 attacks. It is now the tenth year since the attacks and it is time to put it all behind our backs. There's nothing to say any more," says Farhang Jehani.

Farhang Jehani and his brother Farzad are co-owners of the restaurant. "We were up and running on December 1 2008, just four days after the attack. There is nothing more to it. There is no point of these anniversaries or anything and that is why I have decided it is enough. I will not say one more thing on 26/11 anymore," he told PTI.

At around 9.30 pm on that terrible Wednesday, the restaurant was attacked with gunfire and grenades by two men later identified as members of the terror group LeT. 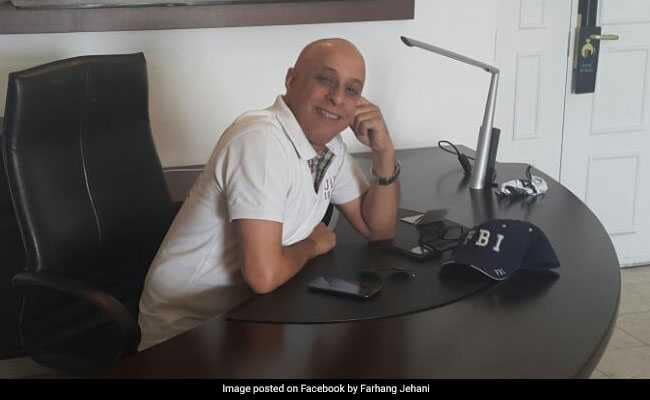 Farhang Jehani and his brother Farzad are co-owners of the Leopold Cafe.

"A cricket match between India and England was on that night. Two of my friends and I were waiting for our second round of golden fried prawns when I saw the man on the table next to me sway a bit, as if he was going to fall," said Sourav Mishra, a former journalist.

"Before I knew what was happening, I felt something hit me near my shoulder. There was gunfire from all directions all of a sudden and the next two minutes were a blur," he said.

The next thing Sourav Mishra remembers is seeing a lot of blood everywhere. "People crouching under the tables, some lying flat on the ground, and I realised I was walking towards a door. That was a foolish thing to do because the restaurant had just two doors and the terrorists were firing from outside of one of those doors," Mr Mishra said.

He managed to step out onto the busy Colaba Causeway lane which flanked on either side by hawkers selling clothes, jewellery and curios.

A hawker, Kishore, whose stall was outside Leopold, spotted Mr Mishra, who was covered in blood by then, and rushed him to the nearby hospital.

Pashas brother was also a waiter at Leopold and was present there that night. He returned to work a month later.

"That is Mumbai for you. Most of our staff came back to work the next day. Many customers came back after a few days. There was a European couple who visited the restaurant each November for several years after the attack. They were present on that night and each time they returned, they would tell Farhang Jehani that they had come back to finish that beer they had been having that night," a staff member said.

While Farhang Jehani got a metal detector installed at the entrance soon after the attacks, he left the damaged walls, the shattered glass panels, and the bullet holes on the walls and a pillar inside the restaurant intact.

"For the first few years, the walls and pillars served as a sort of shrine. Customers and curious onlookers wanted to take photographs of the walls and bullet holes and we would let them. We would even give them a little tour but we don't do that anymore,", said another staff member.

"Once in a while some people still come in and take photos. We don't stop them, but we don't encourage them either. It has just been too long and we have a business to run and lives to live," he said.

The metal detector was removed as it was a 'nuisance' in the cramped space. Two women security guards who work in morning and evening shifts continue to guard the entryway, and check the purses and handbags of customers.

The restaurant's website says it began in 1871 as an oil depot and transformed into a drug store, then to a small cafe, a general store, and in the mid-1980s as a cafe and bar.

It soon became a favourite for travellers, foreign tourists, expatriates and locals alike.

In 2003, Gregory David Roberts wrote 'Shantaram', describing Leopold as a "mystic, dark place...constantly crowded." The book brought in more tourists. Readers and fans of Roberts came in hoping to catch a sight of the author who then frequented Leopold.

Then the 26/11 terror attack happened.

"For the next few months, people would just walk in to have a look. They said they wanted to see the place. That sort of curiosity has died down considerably and now most customers come in to have a drink and enjoy the food," the staff member said.

"There is no denying that the attacks brought more prominence but that is not the only reason that I and tourists like me come here. The cafe has a great ambience, the staff is nice, and the food is representative of the city, or even the country I think," said tourist Miranda Davis, who sat at a corner table over a bowl of chocolate ice cream.