Muharram 2019: History, Significance And How To Observe This Day

Muharram 2019 India: The word 'Muharram' means forbidden and sinful. Some Muslims fast during day hours on the ninth and 10th or the 10th and 11th days of the month. 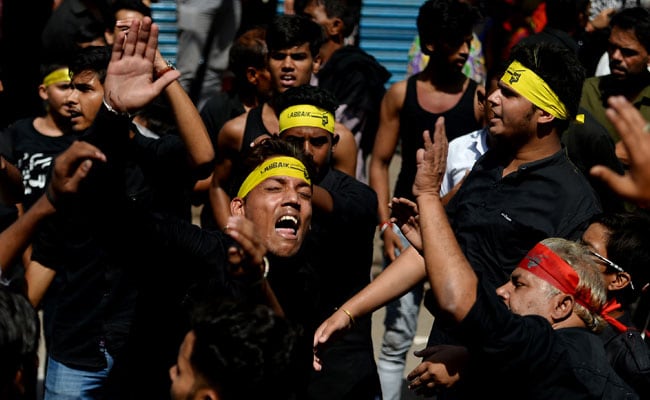 The festival of Muharram is the first month of the Islamic calendar. It is considered the second holiest month after Ramzan. Muharram, one of the four sacred months, is observed by Muslims across the world. During the month of Muharram, some mosques provide free meals on certain nights of the month to all people.

About 14 centuries ago, on the day of Ashura, the grandson of Prophet Muhammad, Imam Hussain and his little son, were killed by in the Battle of Karbala. Imam Hussain was killed, but his message of kindness and justice lives on among his followers.

Significance of Muharram:
The word 'Muharram' means forbidden and sinful. Some Muslims fast during day hours on the ninth and 10th or the 10th and 11th days of the month. They may also attend special prayer meetings in mosques or private homes. Not all Muslim groups observe this occasion in the same manner. The Shia Muslims mark the ceremonial mourning on this day and it's called Ashura. They believe that on the tenth day of the month, Imam Hussain Ali, the grandson of the Prophet Muhammad and the third Imam of the Shia community, was killed in the Battle of Karbala in 680 AD.

How do people observe Muharram?
The Shia Muslim community mourns Imam Hussain Ali's death on the day of Ashura by flagellating themselves with sharp objects on Muharram. This exemplifies the suffering Imam Hussain Ali experienced shortly before his beheading. Since Muharram is a period of intense grief and mourning for Shia Muslims, the mourners congregate at a mosque for sorrowful poetic recitations.

During the month of Muharram, some mosques provide free meals on certain nights of the month to all people.

Ashura also marks the day Musa (Moses) was saved from the Pharaoh of Egypt by God. The Prophet Muhammad used to fast on Ashura in Mecca, where it became a common tradition for the early Muslims. Sunni Muslims commemorate the day through voluntary fasting. When fasting during the month of Ramzan became obligatory, the fast of Ashura was made non-compulsory. This year, the day of Ashura falls on September 10, Tuesday.