The Modi government had on Wednesday announced a Rs 200 hike in MSP for paddy. 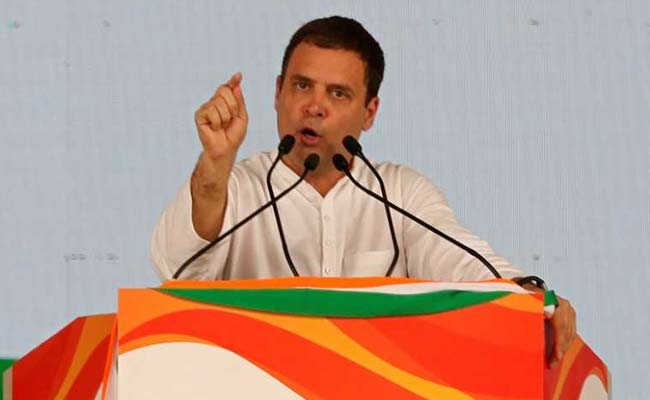 Terming it mere "marketing", he compared the MSP hike with the farm loan waiver of the Karnataka government.

Mr Gandhi described the Karnataka government's initiative an "action" that will help farmers to the tune of Rs 34,000 crore against Modi's Rs 15,000 crore budgeted for India's 120 million farmers.

"PM's grand MSP increase is budgeted at just 15,000 crore for India's 120 million farmers; which is like applying a Band-Aid to a massive haemorrhage.

"To put this MSP increase in perspective: in Karnataka, we've waived small farmer loans of over 34,000 crore! Marketing Vs Action," he said on Twitter.

The Karnataka government yesterday announced a farm loan waiver of Rs 34,000 crore for farmers of the state.

The Modi government had on Wednesday announced a Rs 200 hike in MSP for paddy.