The panel will suggest "measures which can empower NCC cadets to contribute more effectively towards nation-building and national developmental efforts in various sectors", the official statement said. 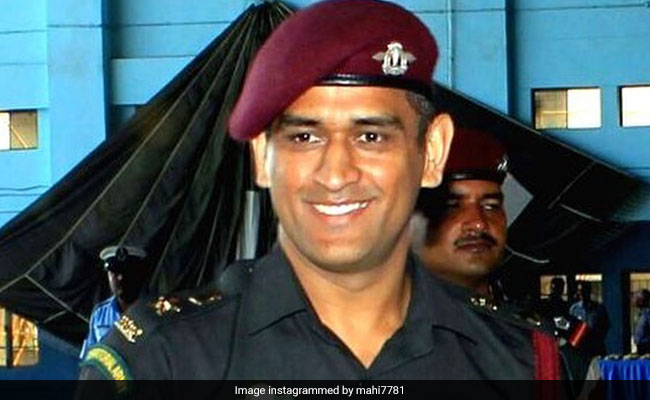 With three notable faces in tow, the Centre is all set to revamp the youth wing of the Indian Armed Forces - the National Cadet Corps (NCC).

Former Indian cricket team skipper Mahendra Singh Dhoni, Mahindra Group Chairman Anand Mahindra and former Sports Minister Rajyavardhan Singh Rathore are among 16 members who are going to conduct a comprehensive review of the NCC in order to make it more relevant with the changing times.

"Ministry of Defence has constituted a High-Level Expert Committee, under the chairmanship of former Member of Parliament Shri Baijayant Panda, for a comprehensive review of National Cadet Corps (NCC) in order to make it more relevant in changing times," the ministry said in a statement.

The committee will suggest "measures which can empower NCC cadets to contribute more effectively towards nation-building and national developmental efforts in various sectors".

It also aims to "propose measures for gainful engagement of its Alumni for the betterment of the organisation as a whole and to study and recommend best practices of similar international youth organisations for inclusion in the NCC curriculum," the ministry statement said.

The move assumes significance as MS Dhoni, who holds numerous cricketing records such as the most wins by an Indian captain in ODIs and T20Is, presently is an honorary Lieutenant Colonel in the Indian Territorial Army. Interestingly, MS Dhoni in 2019 had trained with the Indian Army's Parachute Regiment for over a month.

Anand Mahindra, who featured in Fortune Magazine's list of The World's 50 Greatest Leaders in 2014, has been a contributor to India's defence manufacturing programmes through his business's defence vertical.

He had earlier backed a proposal by the Indian Army to allow civilians, including young working professionals, to join the force for a three-year tenure while stating that the Mahindra Group will be happy to consider for employment those who have served their terms. Mahindra Defence officials were a part of a delegation of business heads who spoke to Naravane

Rajyavardhan Rathore, who won an Olympic medal in shooting for India and is a retired Army officer, has been the Sports minister during the first term of the Modi government.

The NCC was formed under the National Cadet Corps Act in 1948 and is the largest organisation in uniform that aims at developing character, discipline, a secular outlook and ideals of selfless service among young citizens, the ministry said in a statement. It also aims to create a pool of organised, trained and motivated youth with leadership qualities in all walks of life.