"Can Understand Your Pain": Madhya Pradesh Governor's Reply To Speaker On Rebel MLA

Twenty-two MLAs of Congress have submitted their resignations pushing the 15-month-old Kamal Nath government to the brink of collapse. 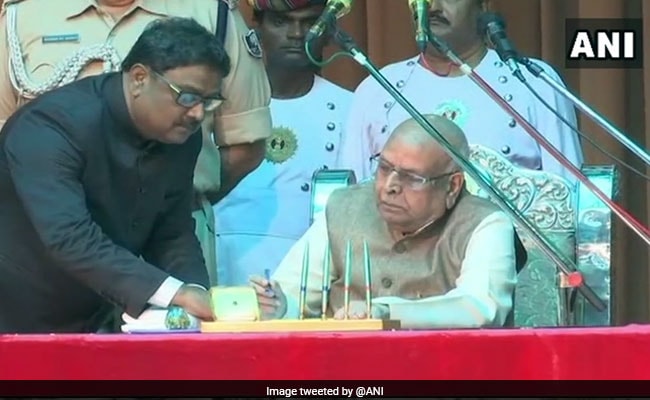 Madhya Pradesh Governor Lalji Tandon sent a letter to Assembly Speaker NP Prajapati in the early hours of Wednesday, saying that the latter an "impartial and courageous" decision in accepting the resignations of six ministers.

Twenty-two MLAs of Congress have submitted their resignations pushing the 15-month-old Kamal Nath government to the brink of collapse.

Of these, the Speaker has accepted resignations of six MLAs.

"I can appreciate your concern for the security of the missing MLAs in view of their absence from the House as mentioned in your letter dated March 17, 2020. I can also guess the kind of pain you are undergoing since last 8-10 days in view of the above," Mr Tandon wrote, referring to a letter sent to him by the Speaker.

"Although there is no mention of efforts made by you to know about these members, I believe that you must have taken adequate efforts for it," he said.

"However, I can also feel your dilemma in disposing of these MLAs' resignation," he added.

Regarding the missing MLAs, Mr Tandon said they have been constantly writing to him and the Speaker but in none of their letters have they mentioned where they are at present. They have not mentioned any problems on their own, he added.

"Their letters and videos are also constantly getting highlighted in newspapers, electronic and social media and now they have also reached the Supreme Court," Mr Tandon said.

"In the last paragraph of your letter, you have demanded security for the MLAs. It is the duty of the executive to ensure the security of each and every citizen of the state and I am sure, you also wanted the same from it only, but, it appears that you have erroneously sent it to me," the governor wrote.

Mr Tandon also requested the Speaker to send a copy of the rules of the House regarding some questions and their answers that the latter had sought on the issue.