Indian climbers may be disproportionately at risk because they tend to join budget expeditions that are sometimes less well equipped. 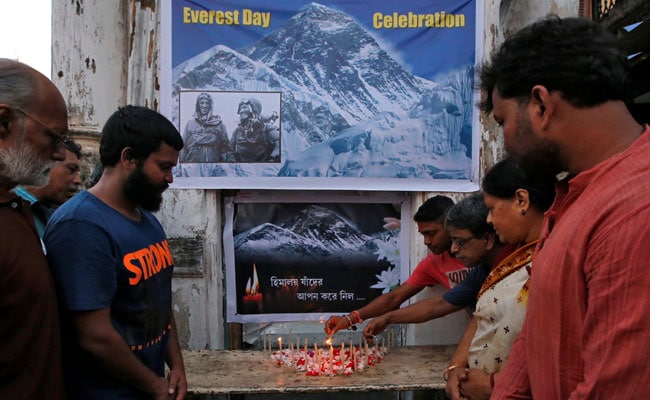 Nine people have died on the mountains in the deadliest climbing season on the peak since 2015. (File)

He didn't make it back down alive. After being separated from the rest of his team in bad weather, he collapsed and died along with Narayan Singh, an officer in the Indian army, according to his tour operator.

"Dipankar personified mountains," said his brother, Goutam, sitting by the coffin after it returned to the family's home in Kolkata, the state capital of West Bengal, on Wednesday. "There was nothing else that he loved more." 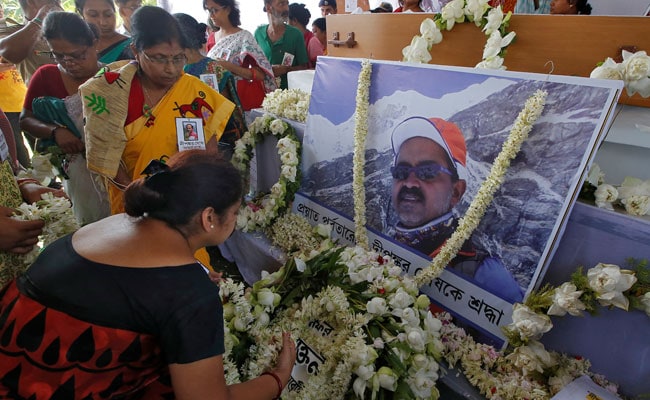 Ghosh's death comes amid a spike in similar incidents since the start of the Himalayan climbing season, most notably on the world's tallest peak Mount Everest.

Nine people have died on the Nepalese side of the mountain so far this year, the deadliest climbing season on the peak since 2015. That is becoming an embarrassment for the Nepalese government, which is facing increasing criticism over how it issues permits and regulates trekking companies.

Indian climbers in the Himalayas are booming in number, but may be disproportionately at risk because they tend to join budget expeditions that are sometimes less well equipped, according to interviews with more than two dozen climbers, trekking companies and officials in both India and Nepal.

Nepal's tourism department issued Everest permits to a record 78 Indian climbers in 2019, up from 59 in 2018. Indians now make up the largest group of permit holders, overtaking US citizens this year.

Four Indians have already died in separate incidents on Everest this year, the most since five Indian army soldiers were killed on an expedition in 1985.

For decades, expeditions to Everest and Nepal's other "Eight Thousanders" - a small group of difficult peaks above 8,000 metres beloved of mountaineers - were dominated by foreign-run companies.

Then avalanches in 2012 and 2014 killed several local mountain guides, known as sherpas, fuelling anger at what were seen as the excessive profits being made by Western companies, according to Alan Arnette, a veteran mountaineer who has long chronicled deaths on Everest.

Local firms moved in aggressively, offering packages that undercut foreign rivals. A Nepalese company charges around $35,000 for a trek to the summit of Everest, compared with $70,000 or more for a foreign company, according to several tour operators.

Five years ago, around 80% of treks were run by foreign companies. Now the ratio is reversed, according to Arnette and Phil Crompton, from the US-based Altitude Junkies trekking company.

To be sure, the pitfalls of choosing some cheaper operators - from a lack of oxygen cylinders to cooks being passed off as experienced guides - can befall mountaineers from any country.

But budget firms are especially attractive to Indians, who tend to be more cost-conscious and reliant on donations or sponsorship to fund their trip, several trekking companies said.

"Some Indian climbers look for low-budget companies and get poor services," said Ang Tshering Sherpa, the founder of Asian Trekking, one of Nepal's largest mountaineering companies that has led 54 climbers to the summit of Everest this year without fatalities.

Rizza Alee, an 18-year-old from Indian-controlled Kashmir, said he was forced to abandon an attempt to climb Everest last week, after his sherpa, who was working for a Nepalese company, failed to carry enough oxygen for the summit.

Inexperienced guides were unable to cope with a "massive traffic jam" of climbers near the peak, he added, a result of the Nepalese government issuing a record 381 permits to climb Everest this year.

Ghosh, an experienced climber, was on an expedition led by Nepalese company Seven Summit Treks, one of the country's largest.

Seven of its clients have died on three Himalayan peaks so far this year, the company said, nearly one-third of all fatalities in the Nepalese Himalayas. Thaneswor Guragai, a manager at Seven Summit Treks, said the deaths were not the result of any management failings at the company.

"It was bad weather and anyone could have died," he said. "It is not because we had no experienced sherpas or we did not provide enough support."

Guragai and Ghosh's family declined to comment on the cost of his trip. Gurugai said the company offered packages costing from $30,000 to $130,000 per climber.

The increasing popularity of Everest, buoyed by social media and the promise of instant fame, is alarming experienced mountaineers in India, who say it encouraging some who lack the necessary skills or training to attempt the feat.

"If an inexperienced climber reaches the Everest summit, he is invited to various social functions as an honorary guest," said Malay Mukherjee, a veteran Indian climber from Kolkata. "That does not mean he is a good or responsible climber, but it sends the wrong message to others."

Maya Sherpa, 41, chairwoman of Everest Summiteers' Association, who has climbed the peak three times, said she was returning from the summit of Kanchenjunga, the world's third highest mountain on May 15, when she passed an Indian struggling with the climb.

"He was sick but he still insisted on going up," she said.

Allee, the 18-year-old from Kashmir, said after being told about the lack of oxygen on Everest he came back down the mountain in tears, but is now able to put the setback in perspective.

"Since childhood I have been dreaming about it," he said. "(But) the mountain is always there. There is no point in killing yourself."