The yatra has so far covered hundreds of kilometres across the southern states of Tamil Nadu, Kerala and Karnataka. 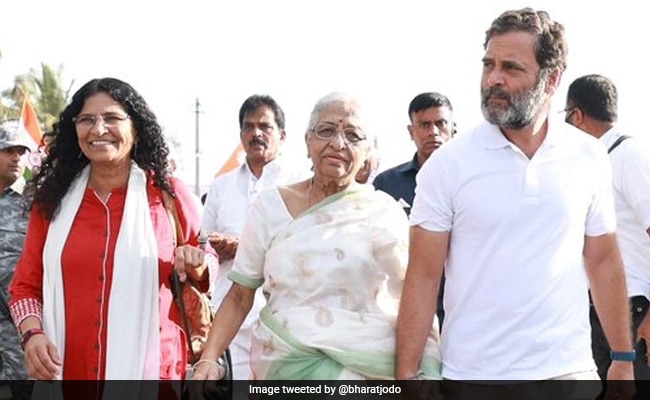 Former Congress president Rahul Gandhi was on Friday joined by the mother and sister of slain activist Gauri Lankesh during the Bharat Jodo Yatra as he walked with them and said he stood with her and countless others who "represent the true spirit of India".

He said the Bharat Jodo Yatra is the voice of people like Lankesh and that can never be silenced.

Bharat Jodo Yatra is their voice.

It can never be silenced," Gandhi wrote on Twitter while sharing the picture of him walking with Lankesh's family members holding her mother's hand.

We will never tire of championing those that fight for truth and justice.

The 3,570-km-long Bharat Jodo Yatra began from Kanyakumari on September 8.

The yatra has so far covered hundreds of kilometres across the southern states of Tamil Nadu, Kerala and Karnataka.