Bodies Of 2 Indian Peacekeepers Killed In Congo Reach Their Villages

The BSF officers were a part of MONUSCO - the United Nations Organisation Stabilisation Mission in the Democratic Republic of Congo. 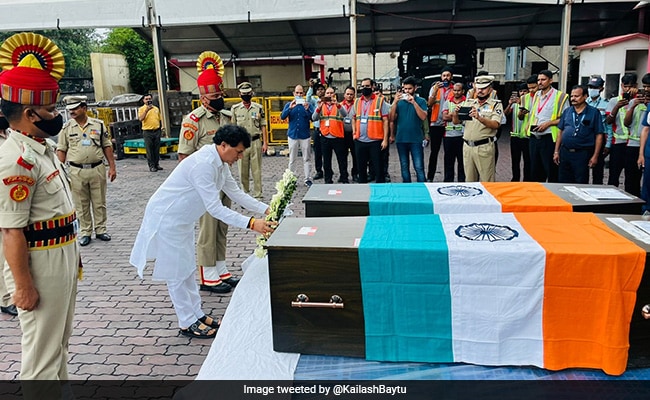 The bodies of two Border Security Force jawans, who were killed in a violent protest in Congo, reached their respective villages in Rajasthan.

Shishupal Singh Bagdia from Sikar's Laxmangarh area and Sanwalram Vishnoi from Barmer's Gudamalani area will be cremated with military honours on Monday.

Shishupal Bagdia and Sanwalram Vishnoi, both head constables, were part of the UN Peacekeeping Mission in Congo and were killed during violent armed protests in Butembo city on July 26.

Their bodies reached their villages on Sunday evening.

Bagdia's elder brother Madansingh said a 'tiranga yatra' will be taken out from Balaran to their native village Bagdia ka Bas in his honour.

The officers were a part of MONUSCO - the United Nations Organisation Stabilisation Mission in the Democratic Republic of Congo.