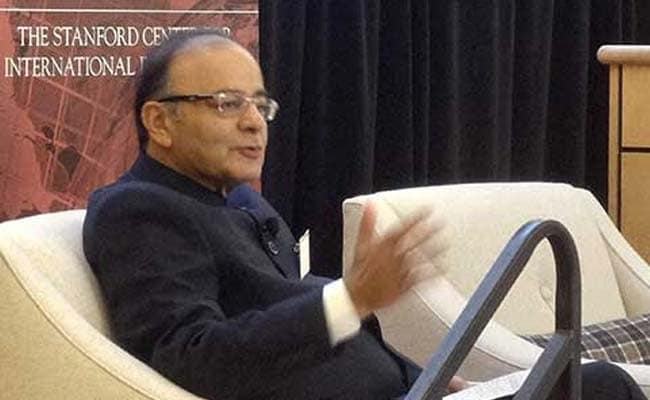 Singapore: Promising to make India an attractive investment destination and a better place to do business, Finance Minister Arun Jaitley today said changes to arbitration laws and several other legislations are in the pipeline while the bankruptcy code is ready to push ahead the reforms process.

Inviting global investors, he said India is no more a nation suffering from policy paralysis and uncertain tax regime and assured them of continuing the reforms for development of the investment-friendly environment.

"The bankruptcy code is ready and changes to arbitration laws and several other legislations are in the pipeline... For the next few years, we have our agenda full, reforms are an ongoing process," Mr Jaitley said.

The Finance Minister was speaking at a 'dialogue session' with nearly 300 Singapore-based business leaders and investors including representatives of global entities from Europe and America on the first leg of his four-day visit to Singapore and Hong Kong.

In an apparent reference to the lack of numbers in Rajya Sabha where the government is not able to push major bills, he said the legislations which could be taken in the form of Money Bill would be pursued.

He regretted however that the key indirect taxation reform Bill - Goods and Services Tax (GST) - could not be pushed through in the last session of Parliament.

"Investors world over have been quite appreciative of what is happening in India, so they have great hopes of India being an important player in the world economy today," Mr Jaitley told reporters after the 'dialogue session'.

"This is particularly because, notwithstanding the slowdown world over, Indian economy is able to maintain a fairly rapid pace. Therefore, the idea is that the economy should continue to grow, and for growth you need investment," he added.

Mr Jaitley said a lot of public investment is taking place in India and the government is trying to ensure that private investment, including from abroad, also goes up to support economic growth.

He said that investors from the world over have been quite appreciative of what is happening in India and "they have great hopes of India being an important player in the world economy today".