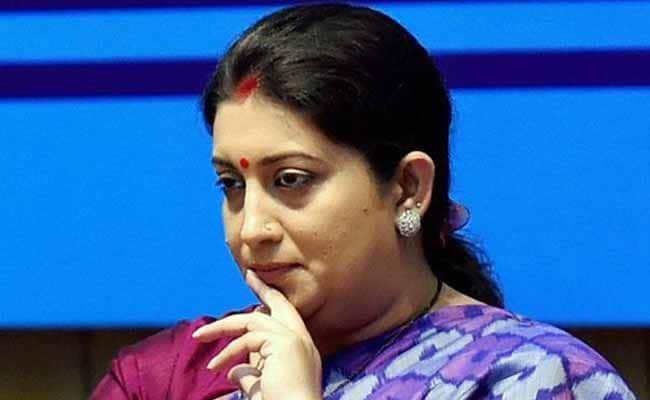 "The sindoor I wear is my belief as a practising Hindu," Smriti Irani said

A Rajasthan priest's claim on Rahul Gandhi's "gotra" was far from the last word on the subject at the height of election season. This morning, Union Minister Smriti Irani tackled a "gotra" question on social media and stressed that her religion, belief and faith is "Hindustan".

Smriti Irani was replying to a question raised by a Twitter user during a fiery debate fuelled by reports on Rahul Gandhi's gotra.

She also later posted a disclaimer.

Political sparring over "gotra" intensified after a priest in Rajasthan -- where Rahul Gandhi made a stop while campaigning for the December 7 state election -- claimed that he was familiar with the "gotra" of not just the Congress president but also his ancestors.

"His gotra is Dattatreya. Dattatreya are Kauls and Kauls are Kashmiri Brahmin," Dinanath Kaul, a priest at a temple on the banks of the river Pushkar told reporters on Monday.

"Gotra" refers to a clan or descendants from a common ancestor.

The priest claimed to have old records of the Nehru-Gandhi family tree.

The BJP scoffed at the details.

Rajasthan Chief Minister Vasundhara Raje said Rahul Gandhi should have shared the gotra of his father and grandfather and not that of his maternal great-grandfather. 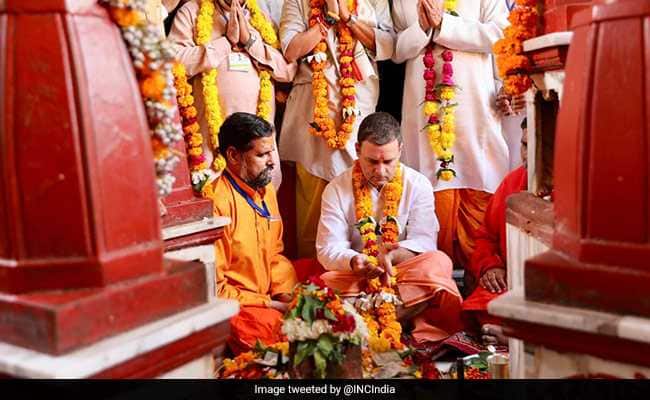 BJP spokesperson GVL Narasimha Rao said the "caste-communal narrative" of the Congress in the ongoing state elections showed that the opposition party was "bereft of issues and its leader Rahul Gandhi is faking his identity and making a joke of himself".

The question of the Congress chief's "gotra" had first been raised by another BJP spokesperson, Sambit Patra, who had last month said: "Rahul Gandhi wears a janeu (sacred thread). We want to ask him what kind of 'janeu-dhari' are you? What is your gotra?"

Mr Patra was reacting to Congress spokesperson Randeep Surjewala saying, during a controversy over Rahul Gandhi's visit to the famous Somnath temple in Gujarat last year, that he is a "janeu-dhari (sacred thread-wearing) Brahmin".