Nirbhaya Case: Nirbhaya's mother, who has often complained that the legal system has more concern for the accused than the victim, said the judge did not listen to them. 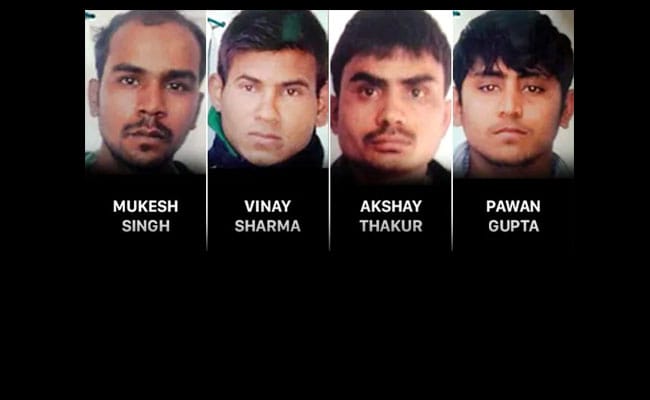 Nirbhaya Case: Vinay Sharma has asked the top court to reduce his punishment to life imprisonment

The appeal of the parents of Nirbhaya -- calling for fresh death warrants for the men who brutally tortured and killed their 23-year-old daughter -- will be heard tomorrow, a Delhi court said as the one-week deadline given by the High Court to end the legal process before the execution came to an end today.  On February 5, the Delhi High court had given the convicts one week to exercise all their legal remedies, after which the trial court was asked to issue a death warrant.

Yesterday, convict Vinay Sharma challenged the President's order turning down his mercy plea -- a hearing that would now take more time. The court has also offered legal aid to Pawan Gupta, who had dismissed his lawyer earlier and is yet to file a curative petition and a mercy petition. The selection of the lawyer is expected to be a lengthy process.

"It seems the judge has some sort of affection for the accused," said the father of the woman, whose gangrape seven years ago had shocked the nation. "Don't know why the court is troubling us. This does seem like a deliberate bid to trouble us," he added.

Nirbhaya's mother, who has often complained that the legal system has more concern for the accused than the victim, said the judge did not listen to them.

"They are supporting them (the convicts). They don't want to hand out punishment. What can we expect when they have not considered Supreme Court's approach? I appeal to the Supreme Court," added the woman, who has been fighting for justice for the last seven years.

The execution of Vinay Sharma, Pawan Gupta, Mukesh Singh and Akshay Singh, initially set for January 22 and then February 1, did not take place as one convict after another filed various petitions - a process the Centre said was deliberate and aimed at delaying the execution.

Last week, the High Court gave a week's deadline to the convicts to exercise all their legal options. The court also cancelled the indefinite freeze on execution that was placed by the lower court.

While postponing the hearing of Nirbhaya's parents' petition today, the trial court judge Dharmender Rana said that he no option but to go by the law.

The four convicts, along with two others -- one of them a minor -- had gang-raped the young woman and tortured her with an iron rod in a moving bus on the night of December 16, 2012. After fighting for life for nearly two weeks, she died on December 29 at a hospital in Singapore.