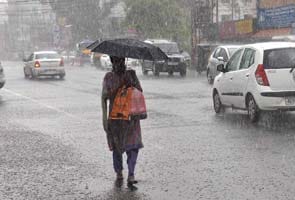 New Delhi: The crucial monsoon arrived on cue in Kerala on the southern coast on Saturday, a top weather official said, boosting farming prospects and raising hopes a drought in cotton and sugar growing areas will ease.

The rains, which run from June to September, are vital for the 55 per cent of farmland without irrigation in India, one of the world's largest producers and consumers of food.

Monsoon rains are expected to enter the drought-hit states of Karnataka and Andhra Pradesh in the next two days. "The monsoon flow is congenial for further progress," Rathore said.

The weather office last month predicted the monsoon would arrive over Kerala on June 3, give or take four days, a timeframe treated as normal and allowing farmers to plant crops such as rice, soybean and cotton on time.

Last year, the monsoon hit Kerala four days after the June 1 date forecast. But overall rains in the season were just 8 per cent below normal, ensuring a bumper harvest of rice, enough cotton to support exports, and sugar output exceeding demand.

Adequate rains in the season could help the rural economy and keep inflation subdued, as India's coalition government prepares for a round of state polls this year and a national election by May 2014.

The season starts over the Kerala coast and unfurls over the rest of India and neighbouring Bangladesh, Bhutan and Nepal by mid-July.

The weather department has so far held back from predicting how the monsoon will behave over the drought-hit states this year, echoing the cautious stance of Food Minister K.V. Thomas in April.

Promoted
Listen to the latest songs, only on JioSaavn.com
It will update its outlook for the monsoon season over the whole of India, along with a regional forecast, later in June, when the rains should have spread over half of India.