Heavy Rain Leads To Waterlogging At Many Places In Kolkata 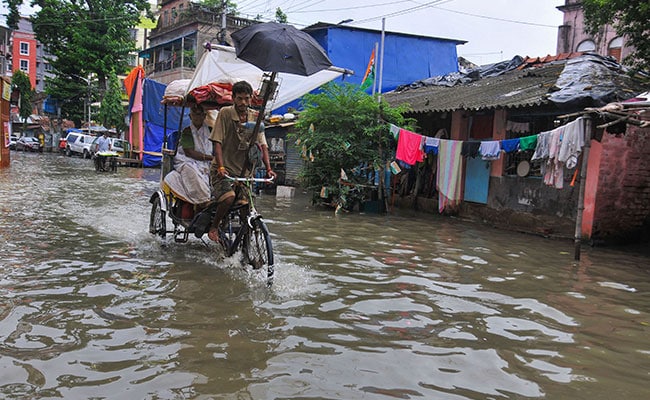 Monsoon news and updates: Heavy rain caused waterlogging at many places in Kolkata and low-lying areas in the coastal districts of West Bengal were inundated on Thursday, officials said.

Several roads in different parts of Kolkata, including BT Road, Central Avenue, College Street, Amherst Street and EM Bypass, were waterlogged due to showers that began on Wednesday evening, the weather office said.

There were no traffic jams in the city as Covid-related restrictions were in place but those who went out on essential work or are associated with emergency services had a tough time reaching their  destination.

Many low-lying areas in West Midnapore, Hooghly and South 24 Parganas districts were submerged owing to the heavy overnight rain. Diamond Harbour recorded the highest rainfall in the state followed by Dumdum, the Met department said. Alipore in the southern part of Kolkata also saw heavy rain.

The other places in south Bengal that recorded significant downpour are Canning, Barrackpore and Haldia. In north Bengal, Kalimpong and Darjeeling saw sharp showers, the Met department said. The weather office has forecast moderate rain in all the districts of north Bengal during the next few days.