Kolkata Weather: Heavy rain and strong winds hit Kolkata and the other districts of Bengal on Tuesday. Three people have been killed in Birbhum and Murshidabad 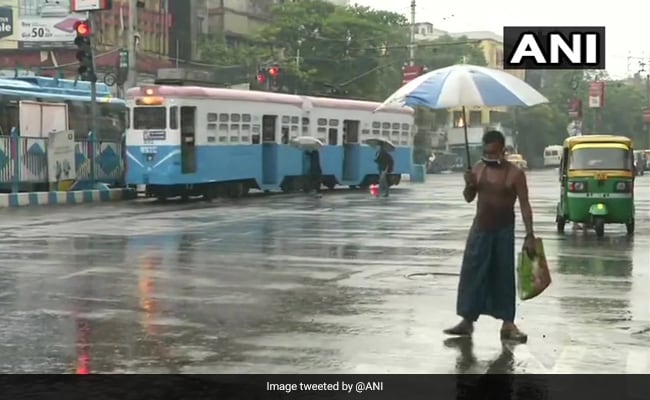 A thunderstorm accompanied by heavy rainfall hit Kolkata and the other districts of south Bengal on Tuesday afternoon. According to officials, three people were killed in rain-related incidents.

Lightning and gusty winds with speed reaching up to 30-40 km per hour hit Kolkata, parts of North 24 Parganas, Nadia, Murshidabad, Bankura, Purba Bardhaman, Paschim Medinipur, Birbhum and Purulia districts, according to an official of the India Meteorological Department.

Heavy rainfall led to waterlogging in several areas across Kolkata, including the arterial Central Avenue.

In Birbhum, two persons were killed when a car collided head-on with a truck at Nanoor during the thunderstorm.

In Murshidabad, a farmer died in a lightning strike in while working in the fields, officials said.