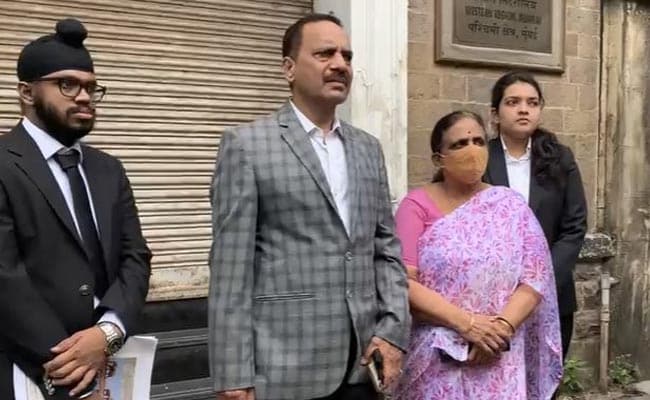 Mandakini Khadse's lawyer confirmed that she had appeared before the special judge.(FILE)

The court had issued summons to Mandakini, her husband, son-in-law Girish Chaudhary and other accused in the case after taking cognisance of the chargesheet filed in the case.

The court had then issued a non-bailable warrant against her considering her conduct and disobedience in not appearing before the court when the summons was issued to her last month.

Mandakini's lawyer Mohan Tekavde confirmed that she had appeared before the special judge.

Meanwhile, the court allowed Eknath Khadse's plea seeking exemption from personal appearance for the day in the wake of the Bombay High Court allowing his pre-arrest bail.

Mr Khadse's son-in-law Girish Chaudhary was arrested in the case a few months ago and is currently in judicial custody.

The ED has alleged that Mr Chaudhary and Mr Khadse had purchased a government land in Bhosari near Pune for Rs 3.75 crore when its actual cost was Rs 31.01 crore.

The prosecution's case is that Mr Khadse allegedly misused his official position as state revenue minister at that time to facilitate the transaction.

In June 2016, Mr Khadse resigned as the revenue minister of the then BJP-led state government following controversy over the purchase of land. He quit the BJP in October last year and later joined the NCP.