Mizoram was a dry state for about 18 years, until the Congress government lifted the ban on the sale and consumption of alcohol in January 2015. 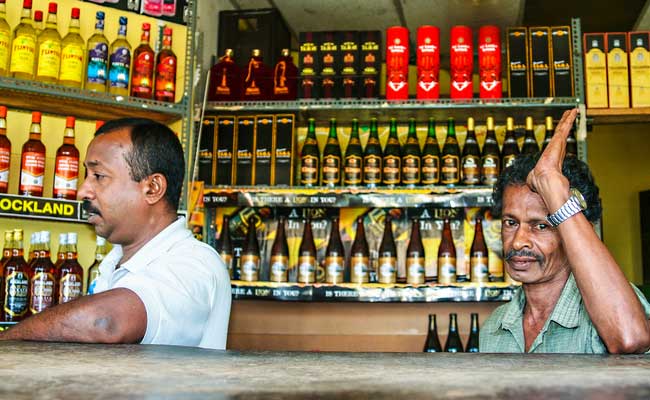 Vendors opposing the move said that the ban resulted in huge losses to their business. (Representational)

Mizoram has once again become a "completely dry state" from today following a new liquor law that prohibits the sale and consumption of alcohol, a Minister said in Aizawl.

"The Mizoram Liquor (Prohibition) Bill, 2019 was passed unanimously in the state Assembly on March 20. The Bill, that received Governor Jagdish Mukhi's assent before the parliamentary polls, replaced the four-year-old Mizoram Liquor (Prohibition and Control) or MLPC Act, 2014," the state's Excise and Narcotics Minister K Beichhua told news agency IANS in a telephonic interview.

He said that the laws in the new Bill could not be implemented immediately after Governor Mukhi's assent due to the model code of conduct (MCC) in force for the 17th Lok Sabha polls and Assembly by-elections.

The Minister said that the ruling Mizo National Front (MNF) was committed to fulfilling its pre-poll promise made to the people before the November 28 Assembly polls.

"We are happy that the MNF government fulfilled one of its major pre-poll commitments," Mr Beichhua said, adding that the state government had taken the step to save future generations from the menace of alcohol and drugs, and establish a clean Mizo society.

He said that the state government would lose revenue to the tune of Rs 60 to Rs 70 crore annually following the decision.

"But the loss of revenue is much less than the loss of human life and suffering. Larger societal benefit is more vital."

The Minister said that the MNF government had decided to ban production, import, sale and consumption of liquor for the common people, except defence personnel and those with medical needs.

"Under the new Act, rules have been framed to provide separate provisions to the defence personnel and tourists who can consume liquor maintaining some restrictions. People under treatment would be allowed to drink only if it is prescribed by a doctor," Mr Beichhua said.

However, the vendors opposing the government's move said that the liquor ban has resulted in huge losses to their business.

According to officials of the Mizoram State Excise and Narcotics Department, in all there were 43 liquor shops, three bonded warehouses, two bars and one micro brewery run by private owners across the state, whose license expired on March 31.

Mizoram was a dry state for about 18 years, until the Congress government lifted the ban on the sale and consumption of alcohol in January 2015.

Mr Beichhua claimed that several hundred people, mostly young men, died of alcohol consumption and in road accidents after the ban was lifted. However, Chief Minister Zoramthanga at a public meeting in Aizawl recently claimed that about 6,000 people died post the policy change.

Prohibition was one of the major poll promises of the MNF that won 26 seats in the 40-member House.