"Those Standing With "Tukde Tukde Gang...": Minister On Deepika Padukone

Addressing a press conference in support of the Citizenship (Amendment) Act, Union Minister Kailash Choudhary said there was a need to create "an atmosphere of nationalism". 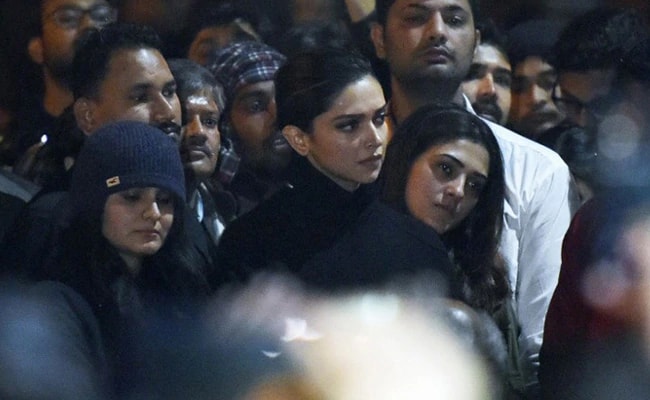 Deepika Padukone had visited JNU to express her solidarity with students attacked by a masked mob.

Union Minister Kailash Choudhary on Saturday said that those standing with people who talk about the disintegration of India are "equally guilty", in an apparent attack on Bollywood actor Deepika Padukone.

Ms Padukone, on January 7, had visited the Jawaharlal Nehru University (JNU) in Delhi to express her solidarity with the students who had been attacked by masked assailants two days earlier.

The 'Chhapaak' star, whose who has faced boycott calls from the BJP since then, attended a public meeting at JNU in the presence of former JNU Student Union president Kanhaiya Kumar and current president Aishe Ghosh.

Addressing a press conference in support of the Citizenship (Amendment) Act, Mr Choudhary said there was a need to create "an atmosphere of nationalism", and those who shout slogans such as "Pakistan Zindabad" were free to move to the neighbouring country.

Asked about the violence at JNU, he said, "It would be wrong to say (RSS-affiliated) ABVP attacked them (Leftist groups)....the incidents that took place there earlier, you must have seen that. 'Bharat tere tukde honge' slogan was shouted there," the Union Minister of State for Agriculture said in Chhattisgarh.

Asked about Ms Padukone's visit to JNU, Choudhary said, "Those who stand in support of people talking about breaking up India and raising slogan of 'Pakistan Zindabad' are as guilty as those who shouted them.

"UPA leaders stood with those who spoke of breaking up India. Whether it is JNU or any other place, if anyone talks about disintegrating India, the people of this country will not accept it. There is need to create an atmosphere where nationalism is supreme," he said.

"Those who have no love for Mother India and hesitate to shout 'Bharat Mata Ki Jai' but have love for Pakistan are free to go and live there," he added.

Nobody should be afraid of the CAA, he said, accusing the Congress and other opposition parties of spreading disinformation.

Later, addressing a rally, Mr Choudhary said one would have never imagined that "traitors who shout slogans in praise of Pakistan" would be born in India.