Read inOther Languages
This Article is From Jul 22, 2018

Akbar Khan, also known as Rakbar, was killed in Rajasthan Alwar district where a dairy owner, Pehlu Khan was murdered by a mob that accused him of smuggling cows for slaughter.

Amid the outrage over the killing of a man on suspicions of cow smuggling in Rajasthan, Union Minister Arjun Ram Meghwal appeared to make a bizarre link on Saturday between Prime Minister Narendra Modi's popularity, elections and cases of mob killings.

Akbar Khan, also known as Rakbar, was killed in Rajasthan's Alwar district where a dairy owner, Pehlu Khan was murdered by a mob that accused him of smuggling cows for slaughter. Akbar Khan, 28, and his friend Aslam faced the same accusation when they were walking home in Haryana's Mewat with the two cows on Friday night.

They were stopped at Lalawandi village where some people accused them of smuggling cows for slaughter and attacked them. Akbar Khan's friend managed to escape. Akbar Khan bore the fury of the cow vigilantes.

The Congress responded sharply to the mob killing.

"Killing of people on "suspicion" is sadly becoming a norm in BJP-ruled states," Sachin Pilot, the Rajasthan Congress chief said.

When reporters asked Mr Meghwal, a junior minister in the centre's water resources ministry, why cases of murders by cow vigilantes were reported from BJP-ruled states, he hinted at a conspiracy. 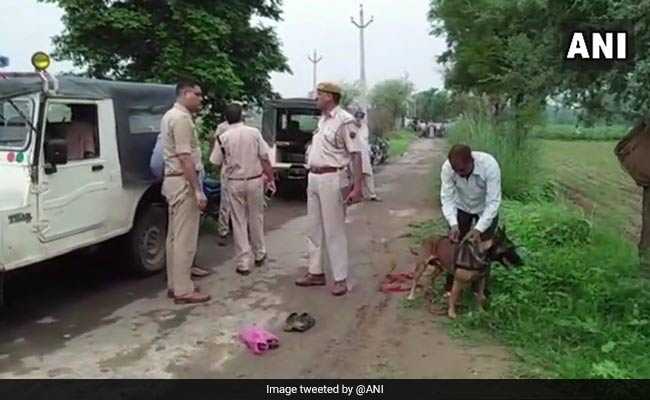 Alwar lynching: Two men were brutally beaten up. One of them died on the spot.

"As Modiji becomes more popular, such incidents will take place. When Bihar elections happened, we had award wapsi... When UP elections came, mob lynching happened. Now 2019 elections are about to take place and again, something will happen. Incidents of intolerance will take place. Because schemes brought by Modi-ji are making a difference at the ground level, this is a reaction," he said.

Mr Meghwal did condemn the murder but in the same breath, asked people to think about the root cause of this violence.

"Mob lynching should not take place. We condemn it. But this is not the only incident. You will have to go back into history, why does this happen. We need to stop that. Give us some suggestions for this," he said.

"What happened to the Sikhs in 1984, it was the biggest incident of mob lynching in this country," he said, repeating a remark that had been first made by Home Minister Rajnath Singh to attack his critics.

The Congress shot back.

"Is this how you will protect people those who continue with such hate crimes in the belief that the government will continue to support them," said Priyanka Chaturvedi of the Congress, underlining that it is the government's past inaction that has emboldened such people to take law and order in their hand.