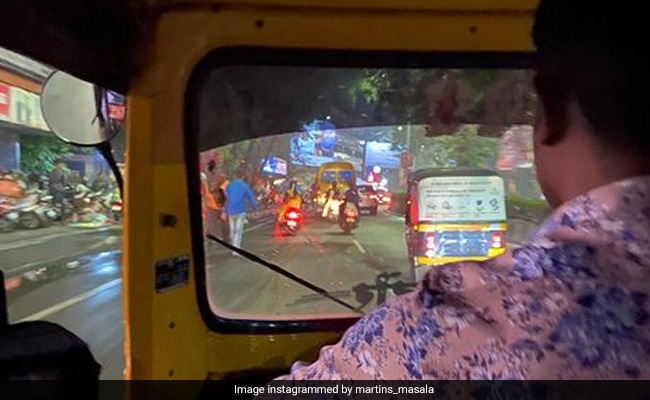 The picture was posted 19 hours ago

On Thursday, Martin Schwenk the CEO of Mercedes Benz India dropped a photo showcasing his auto ride to beat the Pune traffic. Taking to Instagram, Mr Schwenk shared a picture in which he can be seen riding in an auto-rickshaw to reach his destination. His social media post has grabbed the internet's attention.

Mr Schwenk owns a Mercedes S-Class car but soon found himself stuck in Pune's traffic. So he decided to step out of his car, walk for a few kilometres and take an auto-rickshaw, he said in an Instagram post.

Along with the picture, he wrote, "If your S-class is stuck in traffic on the wonderful Pune roads - what do you do? Maybe getting off the car, start walking for a few KM's and then grabbing a rickshaw?"

The picture was posted 19 hours ago and it has 1418 likes with several comments. His picture prompted his followers to ask about his experience. A user wrote, "Well, lucky you. Not everyone is fortunate enough to find an autorickshaw driver who agrees to take you to your destination." Another user wrote, "Or order some Vada pav to exact location." The third wrote, "I would still sit in the S-Class and enjoy its rich comfort even with the traffic."