Memes, Jokes On Twitter After MPs Seen Napping During Parliament Speech On Economy

Reporters covering the Parliament session spotted Members of Parliament and Ministers sleeping during the debate on the economic slowdown in the Rajya Sabha. 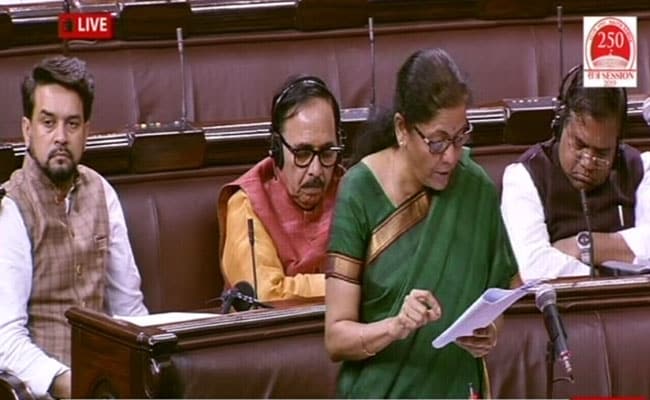 Videos of ministers dozing off at the Parliament went viral on social media.

While Finance Minister Nirmala Sitharaman was denying that the Indian economy is going through a slowdown, her BJP colleagues sitting behind her slowly started dozing off in Parliament.

Mediapersons covering the Parliament session spotted Members of Parliament and Ministers sleeping during the debate on the economic slowdown in the Rajya Sabha.

In a video that has gone viral, a MP is seen dozing off while the Finance Minister was speaking. As she proceeded with her reply, another MP was also spotted sleeping. Thereafter, the Minister of State for Finance, Anurag Thakur, was spotted trying to wake them up from their slumber.

The videos of the ministers dozing off went viral on social media and made way for a barrage of memes and jokes.

One user quoted, "Her speech failed to attract the attention of the fellow MPs and ministers of the Union government as some of whom were seen dozing off behind her back."

Are those two MPs sleeping in @nsitharaman's background during the discussion on economic situation of the country? pic.twitter.com/V3M2AxALAa

(Except for the headline, this story has not been edited by NDTV staff and is published from a syndicated feed.)
Comments
Nirmala SitharamanMPs sleeping